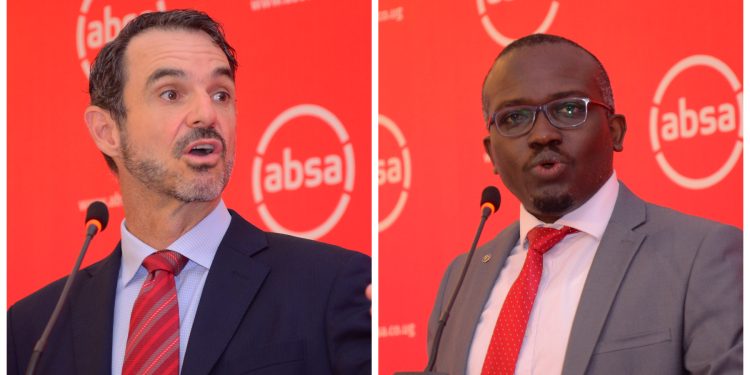 Ugandan financial markets have been ranked in the top spot in East Africa and the fifth on the African continent, according to the just-released 2021 Absa Africa Financial Markets Index.

A higher index and or rank means that a country’s financial markets are more favourable and or have a higher potential to attract financial resources- both locally and internationally.

The OMFIF is an independent think tank for central banking, economic policy, and public investment – a non-lobbying network for best practice in worldwide public-private sector exchanges. At its heart are Global Public Investors – central banks, sovereign funds, and public pension funds – with investable assets of USD42 trillion, equivalent to 43% of world GDP.

Absa Group is one of Africa’s largest diversified financial services groups, listed on the Johannesburg Stock Exchange. The Group offers an integrated set of products and services across personal and business banking, corporate and investment banking, wealth and investment management and insurance and has a presence in 12 countries in Africa, including Uganda.

Presenting highlights from the report, Jeff Gable – the Absa Group Chief Economist and Head of Macro and Fixed Income and Research, revealed that Uganda, had overall, improved its ranking by five places, moving up to the fifth position and the only East African Community country in the top five ranks.

“Uganda moved up 5 places, from 5th to 10th overall this year in the index. That is a fabulous outcome. There is more work that needs to be done, but that is really a fabulous outcome,” said Gables, adding: “Uganda is one of the standout performances- improving scores and one of only 4 countries that did, moving up 5 places, in that space, is a superb outcome.”

According to the index, South Africa, Mauritius, Nigeria, and Ghana are in the first, second, third and fourth positions, respectively. Uganda is also the only EAC country in the top 10 as Kenya dropped from the 7th position in 2020 to the 11th. Tanzania moved down one place from 12th to 13th. Rwanda also moved down from 13th to 14th.

According to the index, nineteen of the twenty-three countries saw their scores fall, including the top. Uganda is one of the only four whose scores rose, gaining five points from 52 to 57.

The index released annually, and now in its fifth year, according to Mumba Kalifungwa, Managing Director, Absa Bank Uganda “facilitates meaningful debate about the maturity and accessibility of Africa’s financial markets, and records the openness to foreign investment of countries across the continent.”

“The 2021 Absa Africa Financial Markets Index, is a credible source of information and insights on financial markets in Africa and macroeconomic indicators, providing vital data for the business community, policymakers, economists, regulators and the various players in the market,” Kalifungwa said, at the official launch of the report, held at Kampala Serena Hotel.

The event, among others, was attended by Dr. Ramathan Ggoobi, Permanent Secretary & Secretary to the Treasury, Ministry of Finance, Planning and Economic Development, Dr. Michael Atingi-Ego, The Deputy Governor Bank of Uganda, and several other industry leaders from government and the private sector.

Presenting a detailed report on Uganda’s performance, David Wandera, the Absa Bank Uganda Executive Director, and Head of Financial Markets noted that Uganda had achieved its highest score (90/100) in Pillar 6, which pertains to the enforceability of standard master agreements and tracks commitment to international financial master agreements, enforcement of netting and collateral positions and the strength of insolvency frameworks.

Under Pillar 1 which measures market depth by examining the liquidity and depth of markets as well as the diversity of products in each market, including the availability of sustainable finance products, Uganda moved up one rank, increasing its score by three points. The report noted that Uganda’s outstanding sovereign bonds increased by 67% to $5.1bn. Similarly, the equities market cap increased to just under $6bn in June 2021, up from $5bn the previous year, matched with an 87% year-on-year increase in turnover.

Uganda registered 60/100 on Pillar 3 which measures the tax and regulatory frameworks in each jurisdiction, including the availability of measures to support sustainable financial markets, as well as the level of financial stability and transparency of financial information.

Uganda also did well (61/10) in Pillar 2 which measures the ease with which foreign investors can deploy and repatriate capital in the region.

Uganda’s weakest score (16/100) lay in Pillar 4- which measures the size of local investors as well as the level of local demand against the supply of assets available in each market.

The best thing to happen to Uganda’s financial markets

In his Keynote Speech, an elated Michael Atingi-Ego Deputy Governor said that “one of the best things that have happened to Uganda during these pandemic times, has been the jump in ranking to come first in East Africa and fifth in Africa in the latest AFMI of 2021 from 10th previously.”

“This inspirational ranking amidst a raging Covid-19 pandemic should galvanize us to sustain the good policies and interventions as well as to undertake the strategies that will unleash the power of our financial market to drive economic growth and socio-economic transformation,” he said, adding: “Together, we are determined to work with all the stakeholders to ensure that we consolidate and improve Uganda’s commendable ranking in the AFMI for 2021. We must prove that the jump in the ranking was not a mere fluke, by holding our ground and advancing towards the top.”

“Targeting the top of the index is symbolic of our determination to nudge, push and incentivise the fuller development of our financial markets. Effective and efficient financial markets in an open, transparent, and progressive economic environment will sustain and broaden our capacity to attract global capital, promote the effective use of domestic resources, increase resilience to economic shocks, and stimulate the economic recovery that remains fragile partly due to subdued investment.

He said that such a performance during a stifling pandemic reveals that Uganda has the potential to do better with significant opportunities ahead.

“Further improvement of the business environment, as measured by the index, will enhance foreign and domestic investor confidence by reducing the uncertainty associated with frontier markets. Sustaining and improving good performance will assure the world that Uganda is open for business in foul and fair weather,” he added.

Atingi-ego also said that the banking system had weathered the Covid-19 storm well, so far, with the BoU monetary and financial sector policies and interventions, including accommodative monetary policy, unprecedented liquidity support for supervised financial institutions, as well as Credit Relief Measures helping to shelter the financial system and prop up economic activity.

He also outlined several other reforms that the central bank was undertaking to ensure that Uganda continues to improve its ranking by “fully exploiting the potential of the pension sector to boost and optimally deploy domestic savings and harness technology to extend financial services to all corners and members of our society.”

Atingi-Ego thanked Absa and OMFIF for building and establishing the index, as a “benchmark for motivating the development of African financial markets thereby helping to diminish the risk premium associated with investing in our continent.”

The future looks bright—Uganda is on course to recovery

Ramathan Ggoobi, the Permanent Secretary & Secretary to the Treasury, Ministry of Finance, Planning and Economic Development said that the improved scores were testament to Uganda’s general progress as well as the beginning of recovery from the effects of the pandemic.

He said moving forward, the government was focusing on ensuring increased vaccinations against the pandemic, economic recovery, and resilience as well as instituting reforms that would further deepen and widen the financial markets on one part, but also create an inclusive economy for all Ugandans.

“Government is committed to building the capital markets to offer long term debt, and equity financing to our business particularly SMEs; attracting venture capitalists who accept higher risks and don’t require collateral and also can build the capacity of the business as well as building SMEs focused stock exchange given that SMEs don’t meet most of the listing criteria for the conventional stock exchange,” he said.

He also said that government would focus on maintaining and consolidating the achievements thus far as recognised in the Absa Financial Markets Index as well as embarking on further reforms such as diversifying financing markets by introducing instruments such as green bonds, diaspora bonds. He also said the government would pursue further reforms in the pensions sector as well as review the investment mixes of those pensions funds that already in existences with focus being put on exploring more liquid and development-oriented areas.