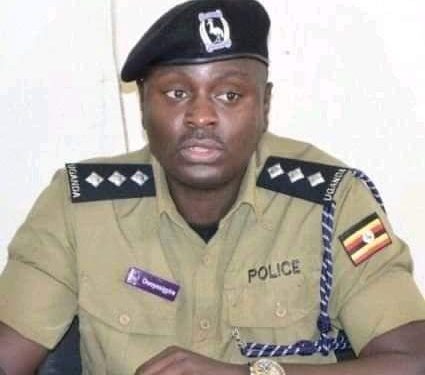 The territorial Police at Katwe are investigating a fire incident that led to the death of two children.

The incident happened on Thursday at about 9 pm in Kifamba Zone Makindye Kampala City.

According to Luke Owoyesigyire, the deputy spokesperson of Kampala Metropolitan Police, the police fire prevention and rescue services responded at the scene and were able to extinguish the fire.

“Investigations have shown that Nanono Farida a resident of Kifamba locked her two children Babirye Nabaka, 4, and Ssembatya Karim, 2 in her single room to go fetch water.

Unfortunately, a fire started and the two children were burnt beyond recognition,” said Owoyesigyire.

Their remains have been conveyed to city mortuary Mulago as investigations go on.

Incidents of fire are on a rise lately. These fires began soon after schools nationwide were reopened on January 10. Fires subsequently blazed through schools in Kampala, Kyotera, Wakiso, Kamuli, and Mayuge districts. About five children have lost their lives.

Ugandan economy has made it hard to sustain relationships, says FDC’s Kikonyogo

Ugandan economy has made it hard to sustain relationships, says FDC's Kikonyogo