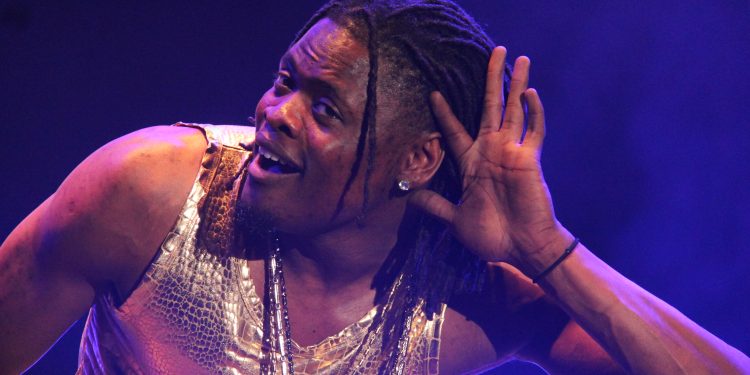 Singer Pius Mayanja, better known as Pallaso, is currently one of Uganda’s most wanted, booked, and expensive musicians. He reveals that he charges Shs8 million to perform at any Ugandan show.

This is after promoters came out and complained that the ‘Malamu’ singer charges a lot of money for a concert yet he is not worth the billing.

When this website contacted Pallaso for a comment about his charges, the singer who is currently on a country tour says that Ugandan Promoters milk much from singers not considering that they put in a lot of time in the studio to come up with hit songs.

He advises promoters who think that he is not worth the Shs8m he charges for a concert to bring foreign artists from Nigeria or other countries at Shs30M or to let him work harder so that he can become worth it.

According to Pallaso, some promoters who believe that he is worth Shs8m and organize him are making money in that none of the events he has been paid to perform at have flopped.

“If you feel that I am not worth Shs8M for a performance, leave me and wait for me to work harder so that I can become worth it but for now I am charging Shs8m,” Pallaso says.

Pallaso is also scheming ways to stop losing money to middlemen and promoters. He is now looking at launching an events company that will be handling his promotions and marketing.

“Soon we shall be launching Pallaso promotions. This will eliminate the middlemen, and the promoters who use us to make a lot of money yet they pay us peanuts,” he says.

Talking about why he decided to organize a two-day concert at Lugogo Cricket Oval, the “Go Down Low,” the singer explains that he wants to do something unique.

“I want to do something unique, something no Ugandan musician has ever done, I want to show people and outside countries that Uganda is a powerful music nation,” he says.

Who is Zafaran, the new stylish talent that Swangz Avenue has just signed

Who is Zafaran, the new stylish talent that Swangz Avenue has just signed