WEEK IN REVIEW: Tribal uproar trends on social media, Court issues arrest warrant for Kakwenza as Anita Among and Tayebwa are declared to lead Parliament 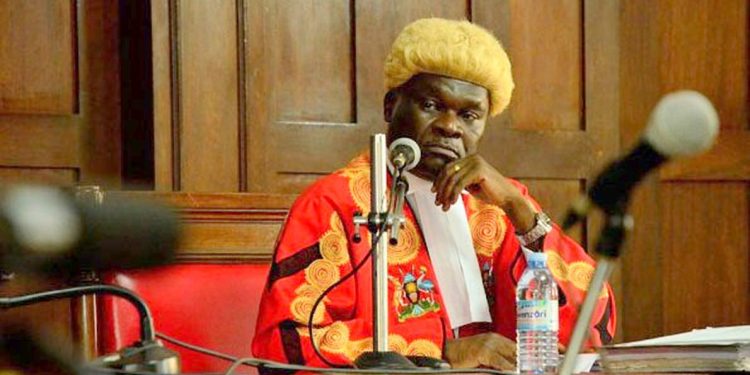 The public has been expressing their protest on social media following Chief Justice Alfonse Owiny Dollo’s comments that were termed as tribal.

While condemning the demonstrations that took place in Seattle, US, where the fallen Speaker, Oulanyah, was hospitalized, Owiny Dollo alleged that the Kabaka of Buganda, Ronald Muwenda Mutebi, used a presidential jet to fly to Germany for treatment.

The CJ’s comments have since caused an extremely strong reaction of anger.

On Friday, the Katikkiro of Buganda, Charles Peter Mayiga, weighed in on the matter, saying that though he understands that death causes shock, grief, and anguish, and it often makes emotions run high, he urged leaders to desist from spreading false information.

He dismissed the Chief Justice’s claims that the Kabaka used the presidential jet to travel to Germany for treatment.

On Wednesday, the Buganda Road court issued an arrest warrant against Kakweza RukiraBashaija for absconding. His four sureties were summoned to appear on April 11 to explain his whereabouts or pay ten million shillings in case he jumped bail.

Kakweza responded to the court’s decision to issue an arrest warrant against him by asking the court to send him his passport and transport money.

Kakwenza who is currently staying in Germany was shortly after Christmas and charged with “offensive communication.”

Masaka Kids Africana has been nominated for the annual award ceremony by Nickelodeon to celebrate children’s top choices in entertainment media.

The talented kid’s dance group has been nominated in the category of Favorite African Kidfluencer.

Local football governing body FUFA, through its Ethics and Disciplinary Committee, banned three officials after finding them guilty of match-fixing.

According to FUFA, the trio was involved in manipulating and influencing the result of the Stanbic Uganda Cup match between Tooro United and Five Stars recently.

Among, Tayebwa declared to lead parliament

On Friday, Bukedea Woman MP, Anita Among, was voted as the Speaker of the 11th Parliament to replace fallen Speaker Jacob Oulanyah, who died only nine months after being voted into the position.

In the same election, Ruhinda North County MP, Thomas Tayebwa was voted as the Deputy Speaker of parliament.

REPUBLIC SENGA: How to redeem yourself if your wife catches you cheating

REPUBLIC SENGA: How to redeem yourself if your wife catches you cheating