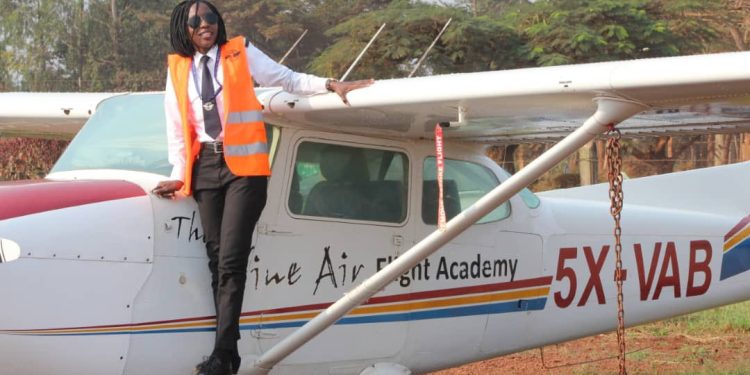 There is a hubbub of buzz and excitement within the Ugandan aviation circle after Uganda got its second flight instructor, two years after Captain Esther Kyokunda.

“We would like to congratulate Cathy Kitandwe on becoming the second female flight instructor in Uganda. We are happy to see more ladies taking on this role and hope to see more ladies become instructors in the future. Congratulations Cathy and keep shattering those ceilings,” the Uganda Professional Pilots’ Association announced in a tweet.

“Meet Catherine Kitandwe. She is the second certified female flight instructor in Uganda after captain Esther Kyokunda. They are both products of Vine Air Flight Academy. We are Proud,” the Academy announced in a tweet.

The Uganda Professional Pilots’ Association is an association for both professional pilots and aeronautical engineers.

Their main aim is to promote and safeguard the interests of pilots and aeronautical engineers in Uganda.