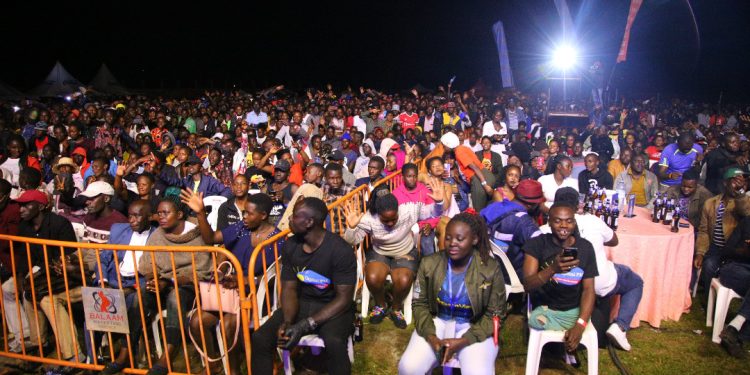 One of the oldest and leading FM stations in the country, Capital FM Uganda, over the weekend, threw a mega bash on its ongoing national tour.

The Capital FM crew arrived in Fort Portal before on Friday to prepare for the show. The crew met King Oyo on Saturday morning maybe for ‘blessing’.

Revelers turned up in large numbers at the Buhinga Stadium. The station’s presenters were the emcees of the event that saw entertainers Bebe Cool, Sheebah Karungi, B2C Entertainment, and Fik Fameica, among many others, thrilling the crowds all night long.

Earlier in March, the first celebration was held at Nkore Place in Mbarara City. It attracted thousands of Capital FM fans who were treated to scintillating entertainment by Uganda’s best entertainers and allowed the fans an opportunity to rub shoulders with their favorite presenters.

European Union Ready to Work with the Tourism sector in Uganda