Kakwenza fundraising for Shs40m as court hunts him down 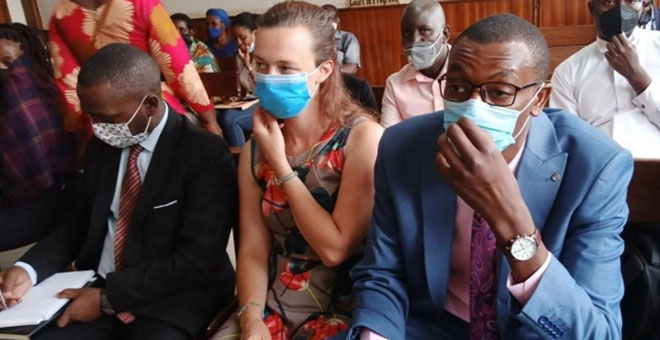 Kakwenza Rukirabashaija’s woes with the state are yet to end as his case with court has taken another twist despite the writer not being in the country.

Kakwenza’s four sureties have been summoned to court to explain why they are unable to produce him in court.

This is according to a notice from the chief magistrate, Singiza Douglas, that has since been available on social media.

However, Kakwenza is not about to back down as he has started a fundraiser to raise Shs40 million, 10 for each of his four sureties.

The sureties are threatened with either police arrest, detention, or paying a monetary fine of Shs 10 million each if they do not produce the sharp-tongued writer.

Kakwenza has started his fundraising drive on social media, asking 5,000 people to contribute Shs8,000 to an MTN number he listed on his socials.

“My friends who stood surety for me owe court 40m because I fled the country for my life. It’s now incumbent on me now to raise the money and pay court–in respect of summons–but I’m broke as a mouse. I’m looking for 5,000 people who can manage to send UGX8,000 to MTN +256785367367 registered as Kakwenza Rukirabashaija. If you aren’t into it, just pass like a Haji by the pork joint. Thank you,” he posted.

The notice to the sureties reads that they are summoned to appear today before his worship Dr. Singiza Douglas, chief magistrate at Chief Magistrate’s Court of Kampala at Buganda Road to show cause why warrant of arrest should not be taken against them for failure to produce Kakwenza Rukirabashaija in court.

Furthermore, the magistrate sent notice to the sureties to fail not.

According to Kakwenza’s lawyer Eron Kiiza, the writer fled the country in fear of further torture and in the quest for effective medication and to also flee the “oppressive criminal justice system”.

The court issued criminal summons against the lawyer, alleging the non-existent offense of offensive communication and other sureties.

However, the court has since back-tracked the criminal summons following demands by the defendants’ lawyers for disclosure of the non-existent charge sheet and police statements relevant to the sureties case.

Kakwenza fundraising for Shs40m as court hunts him down