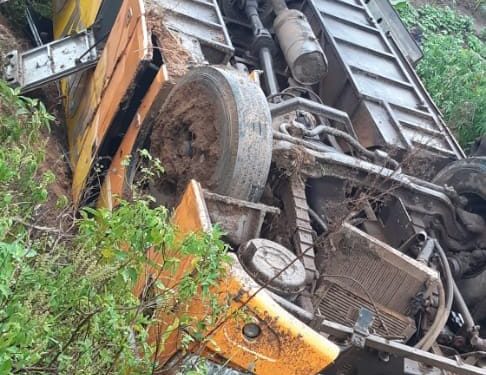 This morning, a bus belonging to Global Bus Company was involved in an accident with a truck along the Mbarara-Masaka highway.

According to Traffic Police spokesperson Faridah Nampiima, the accident occurred at Nabyewanga in Lweera and three people have been badly injured.

“The accident which occurred at around 1040hrs today morning involved a global bus registration number UAX 283A which was traveling from Kampala to Mbarara and a Canter Diana registration number UBJ 648J that was coming from Masaka to Kampala,” said Nampiima in a statement.

She added, “In the process of giving way to the canter, which was overtaking recklessly, the bus swerved off-road and overturned, injuring three people.”

She said that the victims had been rushed to nearby clinics for first aid treatment.

Also, police officers impounded the canter and arrested the driver.

BETTING TIPS: Get free money for Easter holidays by trying out these tips