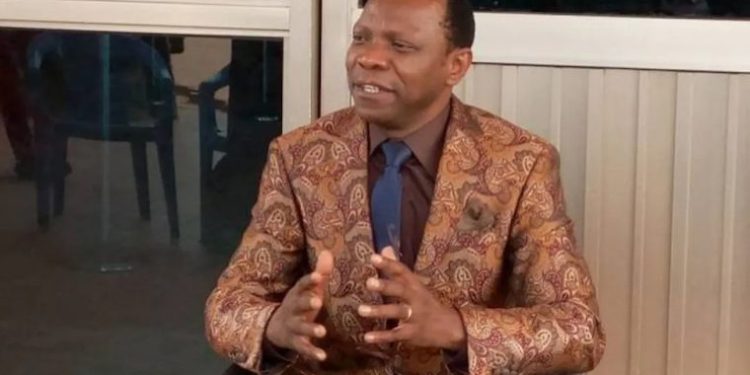 Gabriel Buule, a media personality renown for fighting for journalists’ rights, disclosed that journalists attached to Top radio and TV had chosen to lay down tools over nonpayment.

“It’s becoming the norm for pastors to exploit journalists at no fee. We call upon the Uganda Communication Commission (UCC) to stop issuing licences to people who can’t afford to pay, especially faith-based outlets,” said Buule in a tweet.

This is not the first time Top radio and TV employees have gone on strike. Last year, the workers dragged Pastor Ssenyonga to the Gender Ministry, along with the station’s general manager, Ronald Mubiru, over the same.

Comedian and media personality Alex Bareija, alias Emeka Romantic Mukiga, is among those that reacted to Buule’s tweet.

At the time, Emeka alleged that one of his friends who worked at Top TV made a revelation to him, saying that when Pastor Ssenyonga agreed to pay their salary arrears last year, he first deducted the tithe.

“In that place (Top Radio and TV), a friend who worked on Top Radio told me that after 8 months of demanding salary, the pastor met each of them to pay but would first deduct tithe from the salary and pay the balance,” Emeka revealed in a tweet.

Though in the bible tithe is mandatory, followers have always fulfilled the payment voluntarily.

In 2019, the late Archbishop of Kampala, Cyprian Kizito Lwanga suggested that the government of Uganda should deduct tithe from workers’ salaries.

The Archbishop explained that church members are not faithful in paying tithes.