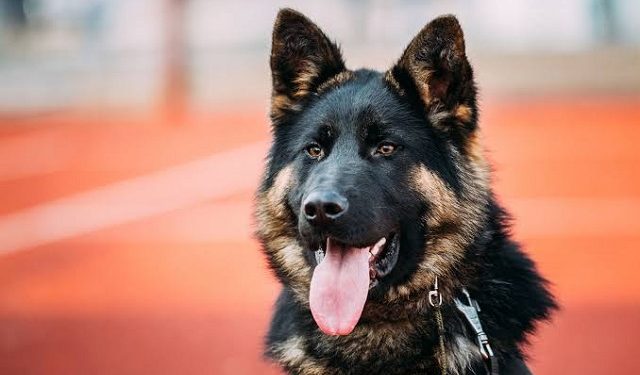 According to Owoyesigyire, the territorial police at Kawempe working with the K9 unit arrested four suspects in a case of aggravated robbery and rape that was registered at the Kanyanya Police station.

“It is alleged that at about 12 am, two Panga wielding thugs broke into the home of a 23-year-old woman in Kitambuza Zone, Kawempe Division, robbed and sexually assaulted the victim who was staying alone.

The victim reported the matter to the police. Officers from Kawempe Police working with K9 introduced Boela dog which helped track down the suspects for a distance of 250m from the crime scene,” said Owoyesigyire.

He said the dog entered a structure that was harbouring the four suspects who were arrested immediately after the victim’s identification.

“She was able to identify the suspects by the clothes they were wearing during the incident,” he said.

The four suspects include; Katabi Joseph, Sserwada Mike, Musana John, who was hiding inside the ceiling board, and another one only identified as Musunguzi.

“Upon lawful search of their premises, the police recovered knives, pangas, and suspected narcotic substances. They are currently detained at Kawempe police station.

We have also established through investigations that the thugs gained access to the victim’s home by jumping over the fence and unbolting her door,” he said.

Owoyesigyire said that the victim was robbed of money amounting to Shs850k, a phone, and a laptop before they sexually assaulted her.

“The gated houses where she was staying had a security guard but unfortunately, the guard claims not to have heard anything. He has also been brought in for questioning,” said Owoyesigyire.