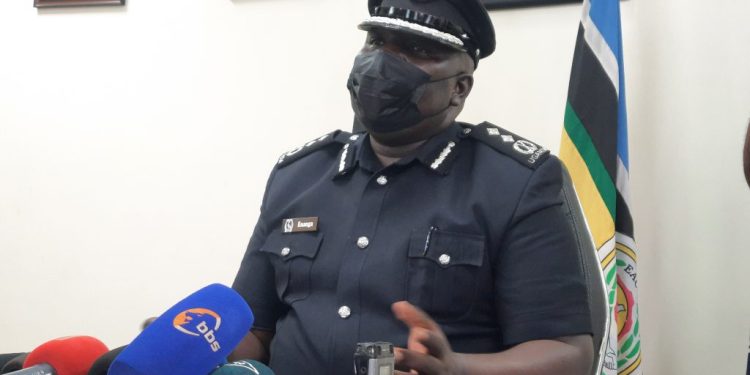 Preliminary investigation by the Uganda Police Force has revealed that the convoy of the third highest-ranking judicial officer, Principal Judge Dr. Flavian Zeija was hit by an Improvised Explosive Device -IED.

Principal Judge Zeija survived being assassinated after his vehicle was hit along the Kampala-Masaka highway on Sunday, April 24, 2022.

According to police spokesperson Fred Enanga, an improvised explosive device went off as the motorcade of the Principal Judge went by.

“We have since established that the attack on the convoy, was instead as a result of an improvised explosive device, planted on the roadside, below the guard rail, at a remote location, in Kalandezi village.

The task team recovered a variety of IED components that included; shattered detonator parts, pieces of wire, cut pieces of iron bars, shattered aluminum pieces, and metal fragments, all designed to increase the amount of shrapnel propelled by the explosive device,” said Enanga.

The information counters the earlier reports that Justice Zeija’s convoy was confronted by gunmen who shot at the principal judge although no one was injured.

However, the force also dismissed claims that the roadside incident was a direct assassination attempt on Zeija.

We have further established that this is the second such type of incident, where IEDs are planted on the roadside, to either damage vehicles, along the road and incapacitate, injure or kill motorists,” he said.

Enanga also issued a terror alert saying, “Our tactical teams are now aware of this new kind of threat on our roads, targeting motorists. Although, there is no immediate claim of responsibility for the attack, the nature of the attack, roadside explosives, and the timing of both incidents are similar. “

“I don’t know what to do,” Pastor Stephen Mutesasira speaks out about ex-wife Julie confessing to being gay