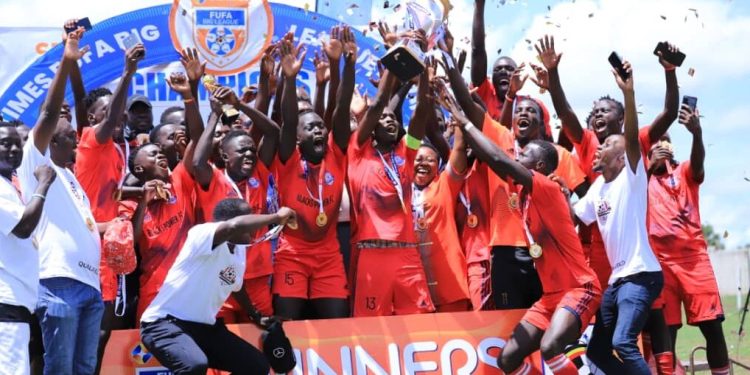 Blacks Power Football Club becomes the second team from Northern Uganda to play in the Uganda Premier League after Boroboro Tigers Football Club, which last appeared in the top tier in the 2009/2010 season.

“We congratulate Blacks Power FC, Maroons FC, and Kyetume Football Club on their achievements this season and as StarTimes we welcome them to StarTimes Uganda Premier League,” said Isma Lule, Brand and Marketing director

StarTimes FUFA Big League and StarTimes Uganda Premier League are exclusive to StarTimes decoder in the lowest bouquet at UGS 12,000 or UGS 13,500 on antenna decoder and Satellite decoder respectively.

Customers can also watch the games on Smart Phones via the StarTimes ON App at only UGS 2,900 APP subscription.

The beauty of StarTimes is that customers can pay for a day, week, or month on their decoder to follow our local stars.