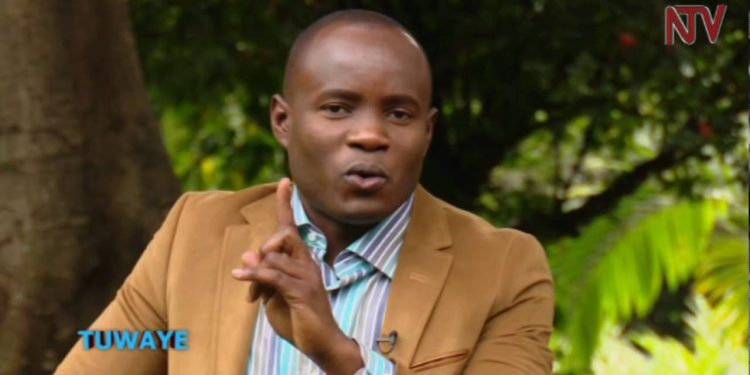 Celebrated Luganda news anchor Frank Walusimbi has left NTV Uganda. After 15 years of service as a highly respected journalist in the industry, Walusimbi has decided to take another career path.

“Frank Walusimbi anchored his final #NTVAkawungeezi bulletin right now. He has served the station for over 15 years and we consider that his work with us, together with exhibits like #Tuwaye and #EbigamboTebitta have positively impacted many,” NTV tweeted on Thursday.

Walusimbi joined NTV Uganda in 2006 when the station was launched in Uganda and anchored his first news bulletin on December 25, 2006. Over the years, he made viewers fall in love with the Luganda news thanks to his unique, calm style.

Who is Frank Walusimbi?

He studied for a Bachelor of Arts in Mass Communication at Uganda Christian University and also holds a Masters’ degree in Development Studies from Uganda Martyrs University.

In 2004, while in his final year at Uganda Christian University, Walusimbi started to contribute to the Sunday Vision Magazine as a Features Writer before he proceeded to join the Daily Monitor in 2005 as a features writer and a reporter. From Daily Monitor, Walusimbi crossed to NTV in 2006.

FireBoy in Uganda ahead of his concert at Lugogo tomorrow