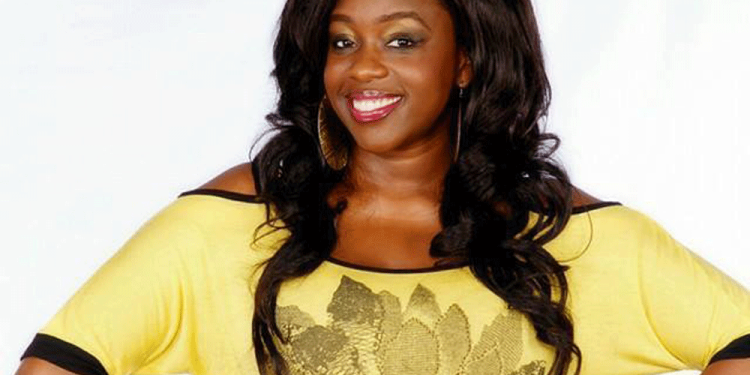 If you thought that songstress Angella Katatumba and the word broke could not be in the same sentence because her late father, Boney Katatumba, was filthy rich, Katatumba has revealed her “moment of suffering”.

For the singer who once claimed that she buys her outfits from Dubai, it’s a bit shocking that she once ate ice cubes for survival. Katatumba made the revelation while appearing on the NBS After 5 show on Thursday.

Katatumba disclosed that years back, she endured a short period of suffering after breaking up with her ex-husband, Ward Alonzo, a US marine.

“There was a time in the US when I broke up with my ex-husband and I swear to God I had no money. I was broke, my account was on zero, things were bad, and luckily I had ice cubes in the freezer, so I was eating ice cubes for three weeks,” Angella said.

“I was heartbroken with no money. I had no option, so I had to eat ice to survive,” she added.

The ‘Tonelabila’ singer always brags about how she has lots of properties to manage since her father left them in their custody together with her siblings.

VIDEO: Suuna Ben shows off his ability to speak Luzungu at the FireBoy presser