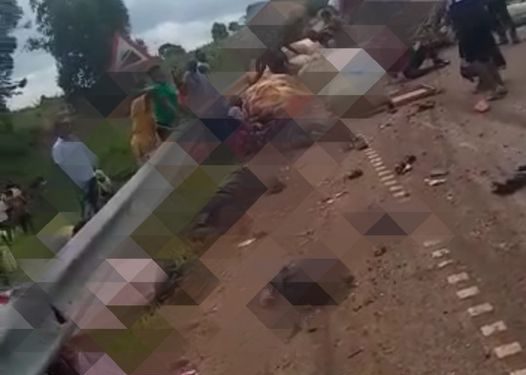 Six People have been confirmed dead following an accident at Kawoko along Masaka -Bukomasimbi road.

According to Faridah Nampiima, the traffic police spokesperson, the fatal accident happened today at around.

The accident involved a motor vehicle with registration number UAS 226U (a Fuso fighter), that overturned, killing six people—one female and five males—on the spot.

“The number of the injured is yet to be established,” Nampiima said.

She added, “Investigations are underway to establish what caused the accident.”