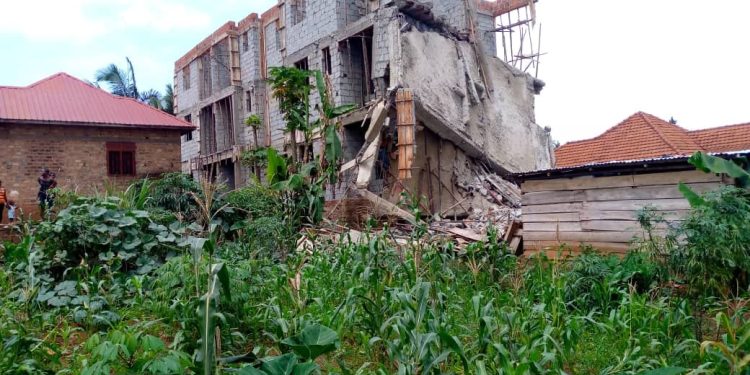 Police are hunting for the site engineer of a storied building that collapsed in Wakiso on Monday evening.

The deceased has been identified as Oscar Nsamba, 19, a resident of the same area, and injured two others: Ibra Muganzi, 22, and Damasco Mugogo, 19, a builder.

“The police retrieved the deceased’s body, which they later delivered to the city mortuary at Mulago,” said Owoyesigyire.

He added, “Police are interested in talking to the site engineer, only identified as Rashid. He is currently in hiding.”