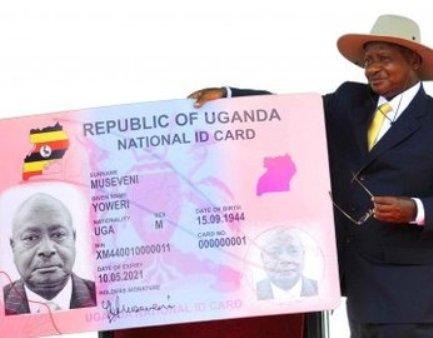 Even though the elements of how the scheme will run are still under discussion, the State Minister for Internal Affairs, Gen David Muhoozi, last Thursday told the parliamentary plenary that the government will issue “smart digital” IDs going forward once the current versions expire.

According to the minister, the mechanization of an individual’s information on an ID was to scale up the technology and expedite verification of a person’s particulars whenever required.

“Expected outcomes of the exercise shall include a substitution of the expiring National ID cards upon expiry, their upgrading to a smart card electronic ID and the creation of a personal digital identity, upgrade of the verification system, and integration of the Iris recognition biometric technology and DNA into the NIRA system,” the minister said.

Muhoozi added that: “NIRA seeks to take advantage of the strides in technology that will increase portability and verification to support global transactions.”

He also revealed that the exercise will improve the accuracy and credibility of the register for planning and service delivery.

Muhoozi said the National Identification and Registration Authority (NIRA) will commence the mass enrollment exercise of National IDs in January 2023 while renewals will start in August 2023 up to August 2025, targeting 17.2 million citizens who have never been registered and 20 million Ugandans who wish to renew their National IDs.

The government through NIRA began issuing National IDs in 2014, and the first batch expires in 2024, because each, like a passport, is valid for only 10 years.

“Renewal will happen at each parish in a rotational manner, with NIRA deploying 10 registration kits per parish per day. The exercise will happen over a 12-month period beginning in August 2023. After this period, these services will be operationalized and delivered at the district level,” Muhoozi said.

Women want money, and I have the money; I will change them until I am broke–Lwasa brags about being a playboy