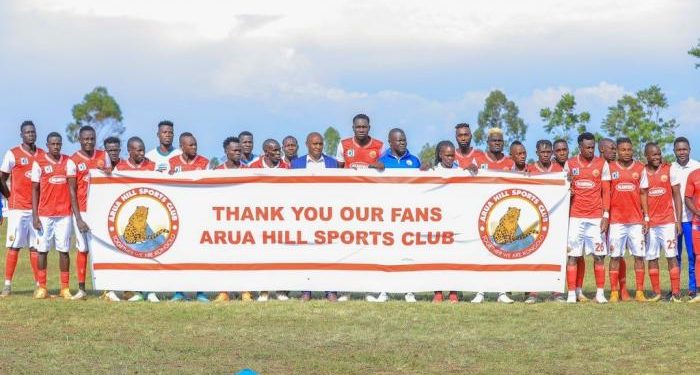 Arua Hill Sports Club (SC) chairman Eng. Joel Aita has announced that every player and member of staff at the club has received a plot of land as a reward for their good performance in their first season in the Uganda Premier League (UPL).

The result saw Arua Hills SC finish with 52 points, the same as Bul FC, who secured the fourth position on the table on goal difference.

Aita announced that each of the club’s 35 players and 15 staff members received land from Kongolo Sports City, a proposed housing estate in Arua City, through his Twitter handle.

“As part of our football development, as a thank you for the wonderful performance, we have offered all our players and staff a plot of land. We want to create more Kongolo Sports Cities,” Aita said in a tweet.

According to sources, each player and staff received a 50ft by 100ft plot of land at the planned Kongolo Sports City.

The Arua-based side are temporarily playing their home games at the Barifa Stadium as the club awaits the completion of the magnificent 20,000-seater, multi-billion-capacity ground dubbed the Arua Hill Sports and Business Park, which is under construction in the town of Arua.