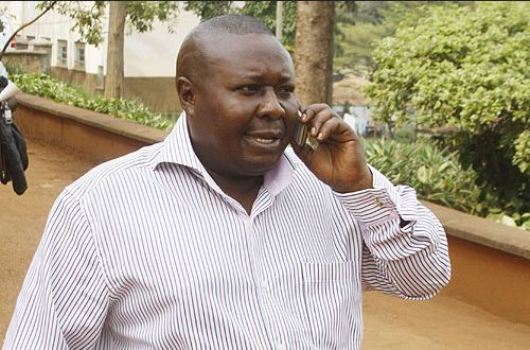 City businessman Godfrey Kirumira has been summoned by police in Mukono for allegedly forging a sales agreement for a 45-acre piece of land in the Namanve Industrial Park.

According to the summons, Kirumira will appear today at Seeta Police Station together with a one Andrew Muyonga to record statements with respect to allegations of forgery and uttering false documents.

The summons, issued last Friday and served to Meddie Katumba on behalf of Kirumira and Muyonga by D/CPL Jebrone Waiswa, states that “This office is investigating a case in which you are required to report to the police to assist in providing valuable information required in this matter.”

It is alleged that Kirumira on October 30, 2021, at Kolo village in Mukono, knowingly and fraudulently uttered a false document (Kibanja sales agreement) on block 113 plot 142 at Mukono High Court, purporting to have bought it from one Yokana Mukasa Galikwoleka, whereas not.

Meanwhile, Muyonga is accused of forging a Kibanja sales agreement for the land in the same period.

The summons were prompted by lawyer George Kintu, who instituted a forgery case against the businessmen. This results from a trespass case filed at Mukono High Court by Kirumira against Minaz Karmali, the director of Liberty ICD Limited.

In his complaint, the advocate from George Kintu and Company Advocates says Kirumira is alleged to have bought a Kibanja from Galikwoleka at Kolo LCI, Nantabulirwa Parish, Goma Division, Mukono district, on October 30, 2017.

However, a death certificate from the National Identification and Registration Authority (NIRA) submitted at Mukono High Court indicates that Galikwoleka, a shamba boy working for the late Charles Kagenya, died on July 20, 1996.

The lawyer contends that Kirumira attached to his court documents a sales agreement with Joseph Muwanguzi and Musa Hamuza listed as witnesses.

When police arrested Muwonge, a builder, on April 10, 2022, he confessed to signing and placing his right-hand thumbprint on the sales agreement.

Muwonge disclosed that he was made to rewrite the sales agreement in his handwriting in November 2021 by the site supervisor, Andrew Muyonga at Jokas Hotel in Bweyogerere, Wakiso District.

“I wrote the Kibanja sales agreement, copying from the copies Muyonga had,” Muwonge, who calls Kirumira his boss, stated in a police statement dated April 10, 2022.

He, however, says he did not see the buyer nor the seller while writing the agreement.

A police forensic report dated April 22, 2022, confirms that the thumbprint, writings, and signature in the sales agreement are for Muwonge. It was signed by Sylvia Chelangat, the Acting Deputy Director of Forensic Services.

In his police statement, Musa Hamuza claims he was paid Shs100,000 after signing the agreement on Muyonga’s advice. He, however, said he found out later that an Indian named Minaz was complaining over the same land.

According to court documents, Rogers Mubangizi, a farmer and security guard at Quality Chemicals Limited, says while at Jokas Hotel, Mubiru and Hamza Galiwango, the Uganda Investment Authority (UIA) director for Industrial Parks Development, informed him of the deal and sought his assistance, but he declined to sign the agreement.

He claims Galiwango and Felix Okere could be the brains behind the deal, saying his actions are sabotaging development in the area and frustrating investors from their projects, which may result in unemployment.