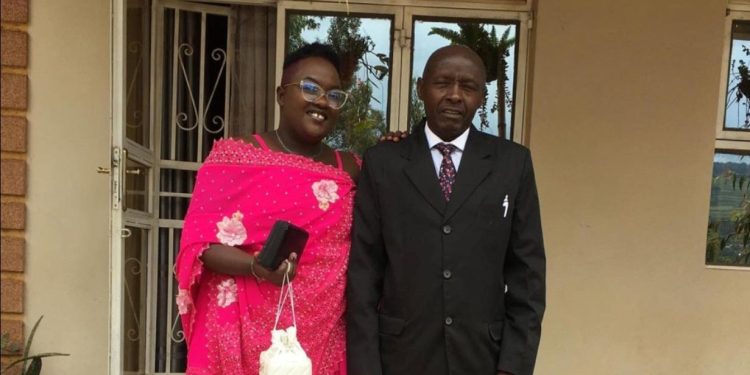 Comedienne Anne Kansiime’s younger sister, Angella Nyonyozi, alias Shine Omukiga, has posted a shocking revelation of how a doctor at Mbarara Referral Hospital asked for a bribe to process their father’s death certificate.

Anne and Shine Omukiga ‘s father, Chris Kubiryaba, breathed his last on January 27, 2022, and according to Shine Omukiga, Dr. Sanyu Frank, the Head of Records Department at Mbarara Referral Hospital, asked them to pay a bribe of Shs3.3 million.

“I have wanted to share the nauseating occurrences that if I was not Christian enough would have come out as the reason for my beloved father’s untimely death, but I kept softening my heart, telling myself the hospital is not to blame, it was dad’s time… but NO my lovelies, the negligence at Uganda public hospitals is sickening and life-snatching!

When you are asked for a bribe to get a death certificate for a beloved that passed because no one seemed to know or do their job right, IT HITS DIFFERENT! “I am hurting all over again!” reads part of Shine Omukiga’s post.

Shine Omukiga claims to have evidence of the doctor asking for the bribe.

“I have evidence even. Yes! I am mentioning names! “Oh the confidence I have when I know I am speaking the truth,” she says.

She adds, “I am NYONYOZI SHINE ANGELLA. The fifth child of the late KUBIRYABA CHRISTOPHER. (In case anyone thinks my page has been hacked or she and I are different people. “

According to NIRA, a death certificate costs Shs5000 for a citizen and $40 (about Shs148k) for non-citizens.