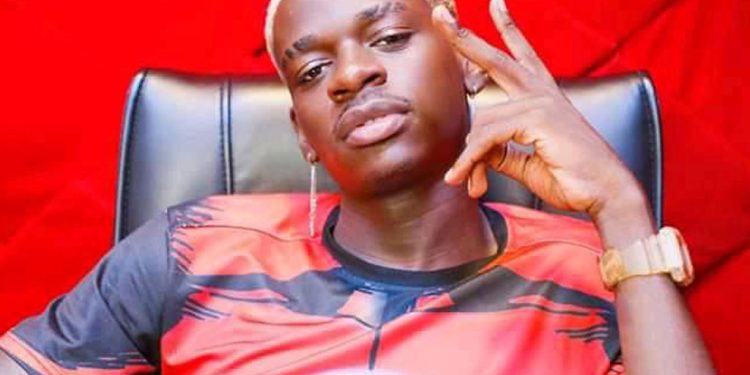 Singer Deus Ndugwa alias Grenade Official, spent a night at Kajjansi Police Station cells after he was arrested for trespassing into his ex-girlfriend’s home.

At the beginning of this week, the ‘Nkuloga’ singer’s ex-lover filed a trespassing complaint with police and also claimed that Grenade was threatening to assault her.

On Tuesday, the singer was arrested and detained at Kajjansi Police Station.

In April, Grenade’s ex-lover threw him out of her apartment in Kajjansi. Among the things, she accused Grenade of doing, including practicing witchcraft and wanting expensive gifts, yet he puts very little on the table in terms of provision.

She further asked the singer never to step a foot near her gate again and filed a case of criminal trespass and threatening violence at Kajjansi Police Station.

In a bid to win her back, the singer ignored the complaint and went back to ask for forgiveness, and this is when the police arrested him and took him to the Kajjansi police station, where he spent the whole last night, and he will reportedly be paraded in court today.

Museveni passes out over 2000 LDU officers