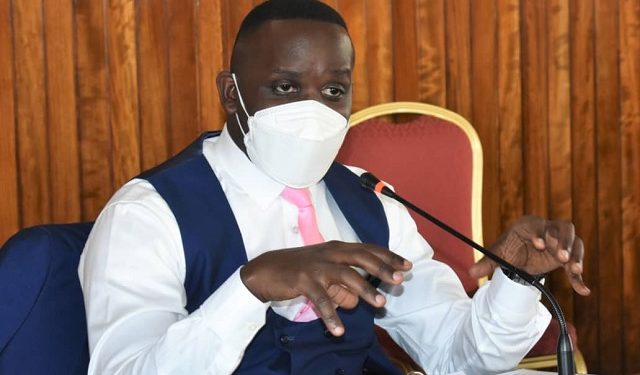 Officials at the Uganda Land Commission (ULC) have been accused of asking for bribes in order to pay out compensation for land.

While appearing before the Committee on Commissions, Statutory Authorities and State Enterprises (COSASE) chaired by Hon Joel Ssenyonyi on Wednesday, Geoffrey Mugisa, one of the registered proprietors and claimants of the Shs10.6 billion supplementary budget allocated to facilitate the landowners who sold their land to the government through the ULC, said in order to process his payments, officials from the ULC asked him for a bribe.

When he was tasked by the committee to explain how he got compensated and how he got his land of 208 hectares, Mugisa said that the process was tedious and frustrating and marred with calls for bribes.

Mugisa said that the Land Commission demanded 50 percent of the Shs1.544 billion he was supposed to get from the sale of his land.

“Someone called Michael Obongomin called me and said I would not get my money just like that. At first, he asked for 20 percent and then, later, 50 percent of the total amount I was supposed to receive for my land,” Mugisa said.

Mugisa said he didn’t bow to pressure but his compensation took long.

Ssenyonyi tasked Mugisa with providing evidence of the phone number and details of the agent seeking the bribe, his account number where the money was paid, and his phone number.

The committee also tasked Mugisa to return with written consent from his family, who gave him the land and a copy of the title, among others.

According to the report made by ULC before the acquisition of the land, Mugisa also claimed that his land was occupied by squatters and not the tenants by occupancy.

The committee put Mugisa under oath as he failed to present documentation on how he got the land title, alongside the inconsistencies in his defence statements.

He, for instance, told the committee that the land was given to him as a young boy but the committee was shocked to find out that with nine other brothers, Mugisa inherited half of the family’s 500 hectares.

Ssenyonyi gave Mugisa till Friday to present the necessary documentation.

The committee is investigating the irregular payment of Shs10.6 billion to six land owners. The landowners are Stephen Nagenda, Twaha Lwakaana, Kosia Rwabukurukuru, Namuli Natalia, Julius Busulwa, and the owners of the Ndeeba Church and Lusanja land.

The committee is also on the hunt for former ULC secretary and accountant Barbara Imaryo for her role in the irregularities at the commission.

According to Ssenyonyi, Imaryo fled the country as soon as the investigations began.

Ssenyonyi said that Imaryo had paid some monies before verification.

“She was being guarded by the military and she left through Nairobi. The Interpol has, however, been involved and she will be gotten soon,” Ssenyonyi said.