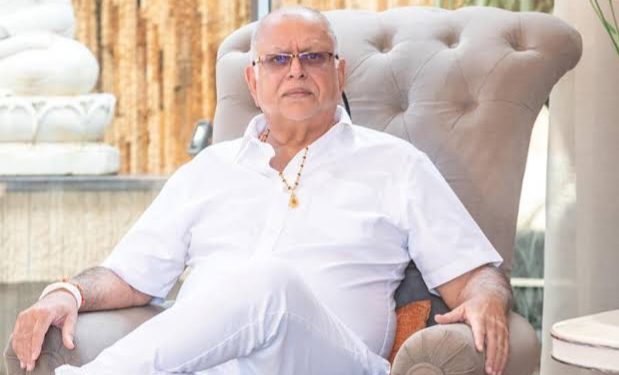 Uganda’s biggest landlord Sudhir Ruparelia has welcomed President Museveni’s move of signing the Landlord and Tenant Bill into law, saying “it will finally bring sanity into the sector.

Sudhir made the comments following Speaker of Parliament Anita Among, announcing that the President had assented to the Landlord and Tenants Bill 2021 after a meeting at State House in Entebbe.

The landlords welcomed the new law saying it will streamline their relationship with tenants with each party aware of its responsibility.

“The law protects both tenants and landlords. The tenants will now know their rights. It will reduce the court cases between the two parties.”

The new law will also see a restriction of increment on rent being put to not more than 10 per cent annually.

The Bill makes it mandatory for all payments of rent to be transacted in local currency, a provision that came as a relief for several traders in Kampala who have stood a test of paying their monthly rent United States Dollars.

Although the landlords are happy with the provision of increasing rent by 10 per cent annually, they expressed concern over the provision that bars them from forcibly evicting tenants who fail to pay rent.

The new law will also see penalties for landlords who are found liable of unlawfully evicting their tenants. This conditions the landlord to compensate a tenant three months equivalent of rent dues.

Furthermore, the law proposes that a notice for increment of rent should be issued 60 days before its implementation.

Next Media to champion local sports with new channel

Next Media to champion local sports with new channel