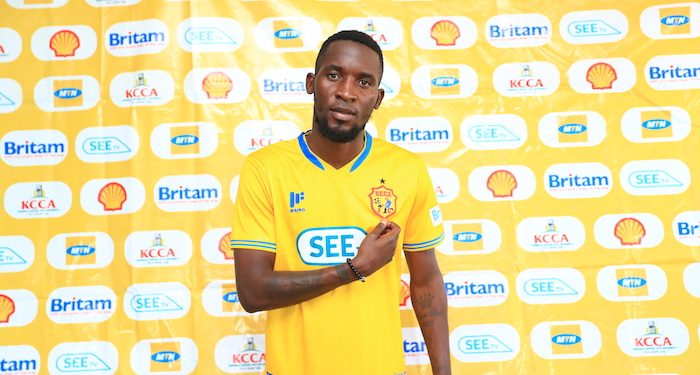 Uganda Cranes midfielder Moses Waiswa Ndhondhi has completed his move to KCCA FC. He has inked a two-year deal with the Kasasiro boys.

Waiswa’s contract runs until June 2024 but with an option to extend it for another year until 2025 if both parties agree by mutual consent.

The former Vipers SC attacking midfielder joins KCCA as a free agent after he played out his contract at SuperSport United where he has played for the last three years.

Waiswa, 25, has previously played for Vaxjo United FC and Syrianska FC in Sweden. He played for Vipers SC for two seasons before joining SuperSport United FC in 2019.

Waiswa becomes KCCA FC’s first signing ahead of the 2022/23 season.

He steps into his father, Ali Waiswa’s footsteps who also previously played for KCCA FC.

Waiswa, who is also a previous winner of the FUFA player of the year award, is a versatile player as he can play as an attacking, central, and defensive midfielder.

All set for East African Meat Carnival at Uganda Museum