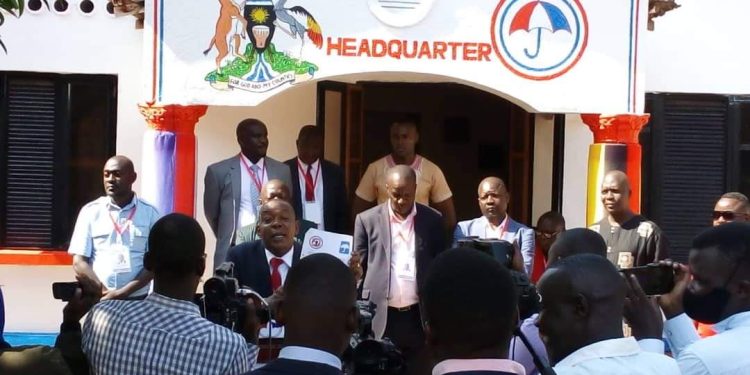 The National Unity Platform (NUP) has issued a statement about Moses Kibalama’s NUP faction opening up parallel headquarters in Kabowa.

The group unveiled headquarters in Kabowa, Kampala this afternoon and claimed that Bobi Wine real name Robert Kyagulanyi, is no longer their party president.

However, NUP spokesperson Joel Ssenyonyi has issued a statement where he termed the group as masqueraders.

“Previously, the same people told the court that the state had coached them to tell lies against the legitimate leadership of NUP.”

“It is clear the state continues to use them in the hope that they will undermine the leadership of NUP and throw the party into disarray,” reads the statement in part.

“These attempts are futile, and they will in no way dwindle us,” it adds.

Ssenyonyi urges the public to treat the masqueraders with the contempt they deserve.