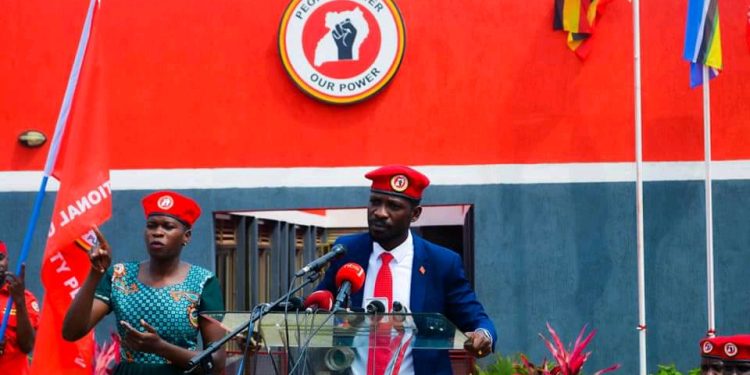 In a letter from the EC addressed to Moses Nkonge Kibalama and Ssimbwa Paul Kagombe, the Commission confirmed that the NUP party is under the leadership of Hon. Kyagulanyi Robert Ssentamu alias Bobi Wine.

The letter comes a day after Kibalama’s NUP faction opened parallel offices in Kabowa, Kampala. The group claimed that Bobi Wine is no longer their party leader.

” We hope all citizens will now stop worrying about the fraudsters who have made it a habit to use NUP in pursuit of their illegal and immoral endeavors.”

NUP is the leader of the opposition in the 11th parliament as it has over 50 Members of Parliament.