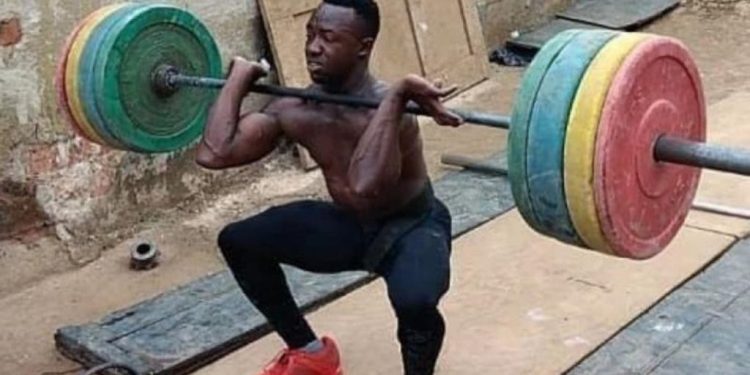 Desire Nampewo, the wife of weightlifter Julius Ssekitoleko, who vanished from the Uganda Olympic Games camp in Tokyo, Japan in July 2021, has said that Ssekitoleko has mistreated and disrespected her ever since he got money.

While speaking in an interview on local television, Nampewo revealed that Ssekitoleko has become a womanizer.

The emotional mother of one disclosed that the weightlifter shifted his fitness training lectures from the gym to the bedsheets.

She added that since people contributed money for them, Ssekitoleko started to bring every sort of woman into their bedroom on a daily basis.

According to Nampewo, even the brand new Boda Boda he was given by traditional healer Mama Fiina and the money from the Parliament to help him stabilize his daily income, Ssekitoleko invested it into Kampala slay queens and even forget to provide for her and their little one.

“Ssekitoleko brings other ladies and asks me to sleep down. He even did it during the days I gave birth to our baby,” Nampewo said.

She noted that her husband is an irresponsible household head who is destined to lose his relationship at the cost of worldly happiness.

However, the weightlifter has defended himself against the allegations, saying that he is still the same Ssekitoleko and he still loves his woman.

“I never slept with any woman in our bed because I respect my wife and I requested her to come back home,” said Ssekitoleko.

According to Ssekitoleko, sometimes he leaves the gym at late hours and that could be one of the reasons why his wife may think he is a womanizer.