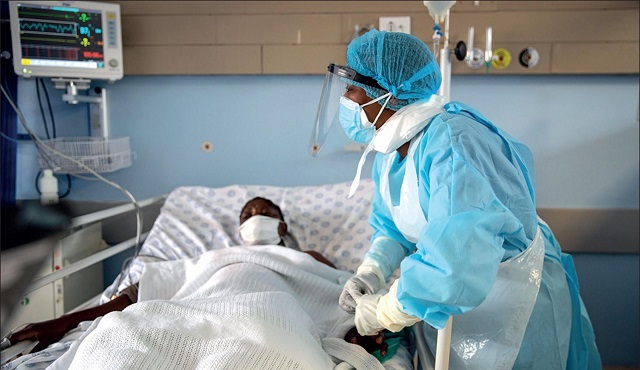 The Ministry of Health has argued hospitals across the country to reserve at least ten beds to be able to isolate and admit people who present with Covid-19.

The decision was made as new cases were averaging 120 per day creating fear that the country could face a new surge in infections following a decline that started in January.

The Ministry also asked health workers to screen everyone that presents signs and symptoms of respiratory infections.

Dr. Ronny Bahatungire, a member of the National COVID-19 Case Management Committee also noted that this time around the patients are not presenting with running noses but are rather presenting cough.

“We have resolved to reserve a minimum of ten beds in government hospitals for the isolation of those with danger signs such as laboured breathing, convulsions, and mental disorientation,” Said Dr. Ronny Bahatungire.

Even though the cases are rising with a daily average of 100 cases, Dr. Bodo Bongomin, an official from the World Health Organization Uganda office reveals that the current rise has not yet qualified to be referred to as a surge or even an indicator of going into another wave of infection.

He explains that the country’s positivity rate has been fluctuating and is still below five percent which is what is partly used to determine whether there is resurgence.

While over the past month, districts in the West Nile region have been recording the highest number of new cases detected, Mbarara, Kampala and Wakiso are currently topping with the omicron being the dominant variant spreading.

According to the Health Minstry results of COVID-19 tests done on 24 June 2022 confirm 85 new cases.