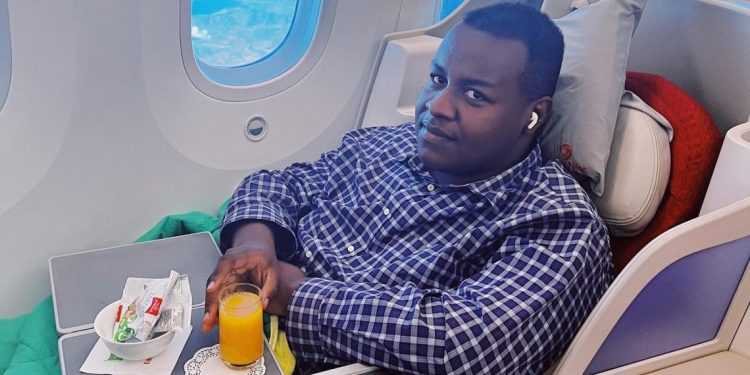 Ugandan self-proclaimed Prophet William Ssozi who claimed last month that God is soon shifting Ugandans to ‘better’ country has again come out and narrated how his car was taken to heaven by Jesus.

Ssozi made the revelations while appearing on the local TV station. The self-prophet said that he was driving along the Entebbe Express Highway when he got carried away, before he knew it, he was in heaven and welcomed by his late father who was also a pastor.

He added that his father’s soul took him to Jesus where he was instructed to kneel down and something was inserted in his brain which made him anointed.

“I was driving here on Entebbe express Highway, it wasn’t a dream it was real because I was going and I remember the car got lifted up and I find myself in the place full of lights and abundance and then I was told that this is heaven so when I reached there I met Jesus for the first time one on one and then he took me and then I met also my father because my father a pastor,” Ssozi narrated.

He added that “Jesus asked me to kneel down and then he opened my head and he told me I have given a brain of prophecy,”

He then managed to return to earth and discovered that he had spent about 4 hours away since he left at about 3 pm and returned to earth around 7 pm.

However, his revelation left viewers on the official local TV social media pages in shock and anger claiming that he’s another fraudster posing as a man of God.

This is not the first time Ssozi has claimed to have visited the spiritual world last month he claimed to have beaten Satan into a coma adding that God also told him that he is soon shifting Ugandans to a ‘better’ country.

Again in 2021, he told his followers that he had visited heaven since he was God’s most anointed servant and claimed that he had a number of photos that he had taken in heaven as proof of his time there, but not even one person has seen his selfies with God for that matter.

Immigration to Kakwenza: We don’t involve politics in our work at the passport office

Immigration to Kakwenza: We don’t involve politics in our work at the passport office