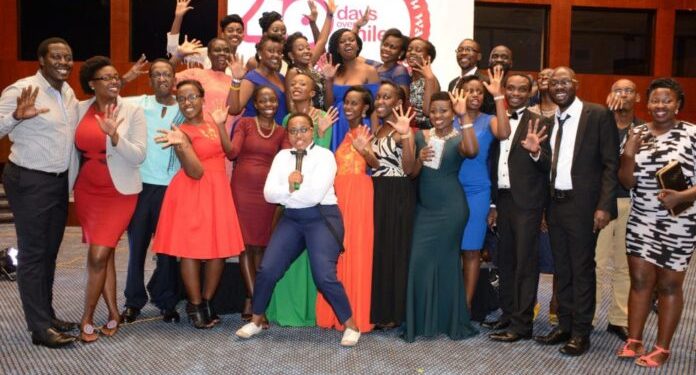 The 5-aside football event will host its supporters, sports enthusiasts, partners and other Ugandans.

The event will take place at the Old Kampala Senior Secondary School football pitch (Opposite Gaddafi Mosque).
5 Aside UG brings together 32 teams of five players, competing for the top prize. Each team can have as many players to substitute during the matches as they like. The winning team is rewarded with a trophy and prizes, while every team receives a certificate.

Meanwhile, the event will aim to raise funds to facilitate the establishment of 4040’s first resource centre for children from underserved schools and communities.

Individuals who are interested in participating in the football game can register their teams by calling 0776840407/0757140407 or signing up on the link: bit.ly/5AsideTeamSignup. Participation in the event for teams and the general public is Shs10,000.

Other activities at the event

Apart from football, there will be other activities for non-football players and spectators, such as; strength training and other games such as sack race, kwepena, tug of war and board games. For children, there will be a bouncy castle and face painting.

4040 will exhibit and sell its merchandise such as bags, T-shirts and hoodies at the event, which is also a fundraising avenue that supports the operations of the organisation. In addition, its partners and other vendors will have their products and services exhibited.

40-40 is a volunteer-based, charity organization that was established in 2012. They support underprivileged children and communities to improve their learning outcomes while equipping them with life skills.

Over the years, they have worked with over 3,000 children through various interventions.

4040 is currently raising funds to strengthen these efforts by opening our first resource centre that will bring educational materials such as books, computers, and other learning aids closer to the children and communities that they serve.

The Foundation’s hope is to launch the first resource centre of many this year, which will reach over 20,000 children in Uganda.

Donate to the cause