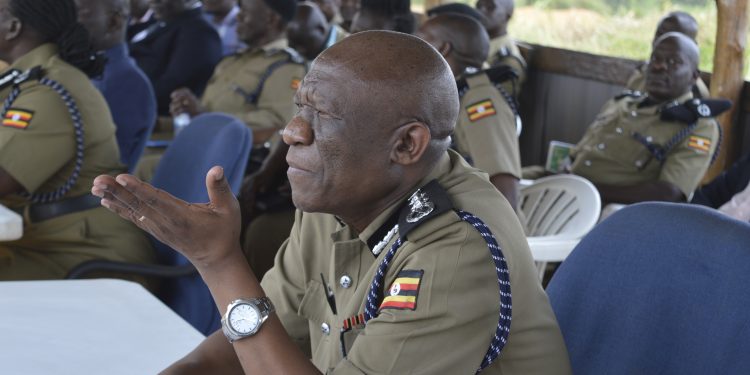 The Criminal Investigations Directorate (CID) has sent some of its officers to Special Forces Command Training School at Sera in Kasenyi, Wakiso District where they will be undergoing a month-long training.

The officers include deputy directors, heads of department, and regional CID officers. This is the second batch of detectives to be trained at the elite forces school since the appointment of Major Tom Magambo.

Through his known Twitter handle, Magambo said that the training is intended to help the detectives reflect on what the country requires of them to contribute to delivering justice for the people.

“I am proud of our team. It is such an honour and privilege to work with dedicated officers. This retreat is a good opportunity to recharge and deliver better citizen-centered services,” he tweeted.

Meanwhile, the police have several education facilities where senior officers often go for retreat and refresher courses such as the senior command and Staff College, Bwebajja in Wakiso District, CID Training School at Kibuli in Kampala, and Police Training School, Kabalye in Masindi District.

Since his appointment six months ago, Magambo has reshuffled the top management of the CID directorate.

Bell Lager to mark International Day of friendship with giveaways

Bell Lager to mark International Day of friendship with giveaways