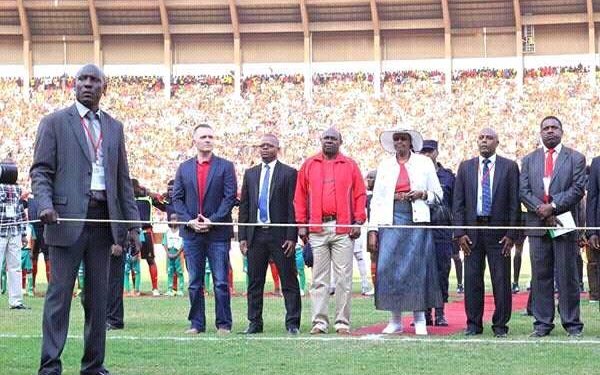 As he has cautioned FUFA ahead of the upcoming FUFA Drum tournament, Dixon Okello has given an overview of his experience in preparing and managing crowd security at major events.

His comments come after the local football governing body, FUFA, launched the third edition of the FUFA Drum.

It has now been two years of no action due to the outbreak of COVID-19.

With the tournament slated to kick off on July 30, Dixon Okello has cautioned FUFA about security.

Just like the Masaza Cup tournament, the FUFA Drums attract hundreds of supporters, and Okello believes that FUFA should have a plan for containing crowds.

“The excitement is already building up, which is definitely great. But the question is, have these tribal teams trained football safety and security officers and stewards to handle massive crowds, i.e., access and crowd control? ” Okello asked in a post on his social media.

The certified security expert further explained that FUFA must not be reluctant about security based on the previous two editions.

“The fact that we haven’t had any major crowd violence in previous tournaments is no excuse to not do the right thing,” Okello said.

He added, “Stadium crowd violence is real and many fans hate to see security officers in uniforms carrying guns in our Stadiums. This is the very reason these teams need to have stewards that are known and respected in their regions.”

He also asked FUFA to ensure that teams have ambulances and medical personnel on standby during every match.