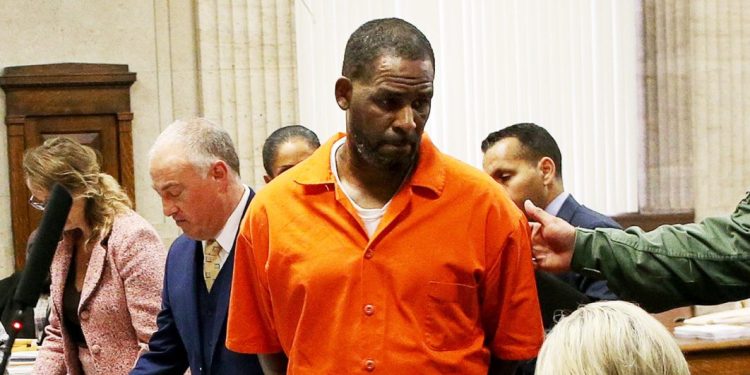 R&B superstar R. Kelly was sentenced to 30 years in prison for using his fame to sexually abuse young fans, including some who were just children, in a systematic scheme that went on for decades. The conviction was announced on Wednesday.

R. Kelly has denied wrongdoing, and he plans to appeal his conviction.

R. Kelly will not be the first high-profile person to spend time behind bars. There are plenty of celebrities you may have forgotten who have served time in prison or detention centers.

Here are five celebrities you may have forgotten were once in prison or jail.

Chris Brown pleaded guilty to assaulting his then-girlfriend Rihanna in June 2009. The assault occurred during an argument with another woman. Brown was placed on probation for five years. He served time in jail for seven months after violating his probation.

Rapper Eminem was arrested in 2000 for carrying a concealed weapon, a crime punishable by up to five years in prison. He was also charged with brandishing a firearm. However, Eminem ended up serving just one year on probation.

At 16 years old, actor Mark Wahlberg went into a drug-fueled rage, seriously injuring two people in the process. He was charged with attempted murder, pleaded guilty to felony assault, and was sentenced to two years in jail. However, he only served 45 days.

In 1994, aged 19, 50 Cent pleaded guilty to selling heroin and crack cocaine. He served six months in a boot camp prison.

Later, in 2002, he was sentenced to two years’ probation for assault and battery.

In a highly publicized trial in 1992, professional boxer Mike Tyson was found guilty of raping 18-year-old beauty pageant contestant Desiree Washington. He was sentenced to 10 years in jail, but the judge suspended the last four years of his sentence.