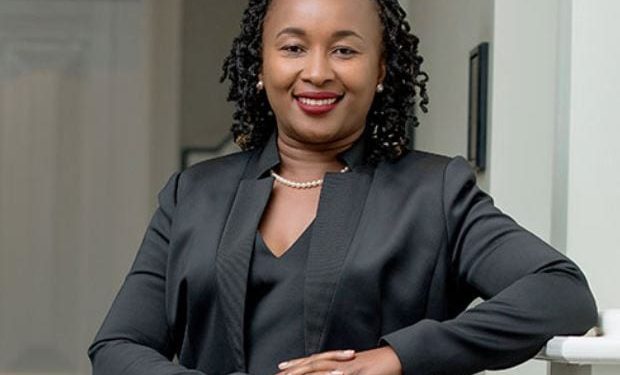 Chairman of the Board of Directors Charles Mbire said that she is responsible for driving the consumer telecoms business.

Wim Vanhelleputte steps up to the Group’s senior management as the Operations Executive, Markets.

She is also in charge of Consumer Value Management Brand Marketing & Communications and Brand Experience.

Previously, Mulinge served as the Chief Customer Officer and was in charge of customer experience.

She joined Safaricom from Unilever in 2006 as a Prepay Product Manager.

She was born in Kenya and attended St. Xaviers Primary School (1983-1990) in the town of Nakuru and Mary Mount Secondary School (1991-1994) for her elementary and secondary education.

The 45-year-old holds a Bachelor of Science degree from the University of Nairobi.

She began her career in August 2004, at Unilever, the European consumer products conglomerate, working as the Assistant Regional Brand Manager in the laundry division, based in Durban, South Africa.

After nine months in South Africa, she was transferred to Kenya, as the brand manager for Sunlight, a Unilever brand. She worked there for another nine months, from May 2005 until January 2006, based in Nairobi.

In February 2006 she was hired by Safaricom Limited as the manager responsible for the company’s pre-pay product, working in that capacity until November 2007, when she was promoted to the rank of Head of Retail, in which position she served until August 2009.

For the 21 months, from August 2009 until April 2011, she worked as the Head of Safaricom Business, responsible for sales.

Over 1000 youths recruited as UPDF concludes exercise in Eastern Region

Over 1000 youths recruited as UPDF concludes exercise in Eastern Region