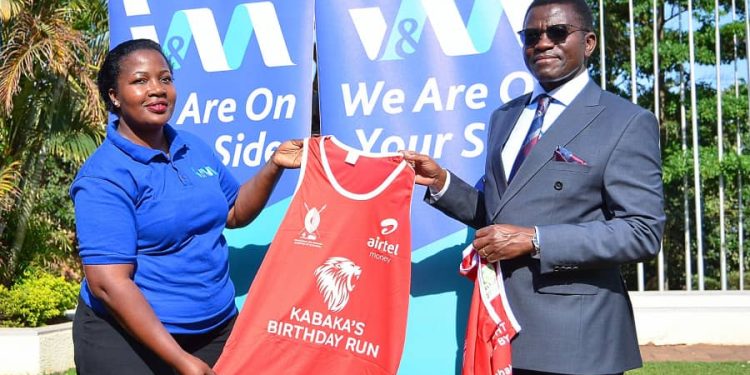 : In a bid to re-affirm the bank’s commitment to support and give back to the community, I&M Bank Uganda has joined corporate participants for this year’s Kabaka’s Birthday Run. The bank started operations in Uganda late last year after acquiring and rebranding Orient Bank.

For the last eight years, members of the public, loyalists and fitness enthusiasts have taken part in the annual Kabaka’s Birthday Run organised by the Buganda Kingdom.

The run, which traditionally precedes the birthday celebrations of His Majesty Ronald Muwenda Mutebi II takes place in Lubiri, Mengo and benefits several charity causes. This year’s run themed “Men Against HIV/AIDS to Save The Girl Child” will be held on Sunday July 3, 2022. It is the kindgom’s drive to support UNAIDS’ mission of ending AIDS by 2030.

“As I&M Bank, we are committed to support our communities and are glad to partner with Buganda Kingdom to drive awareness about HIV/AIDS through the Kabaka’s Birthday Run initiative” she said.

“In line with the theme for this year’s run, we encourage men to be at the forefront and urge them to get tested, get treated and ultimately protect women against HIV/AIDS infection” she added.

“I thank you for appreciating the fact that matters of health have universal application, you do not have to have any persuasion for you to understand the significance of health. We can only achieve what we aspire to achieve because we are in good health and if we don’t prioritise issues of health, then all our programmes of poverty eradication and development will come to nothing,” he said.