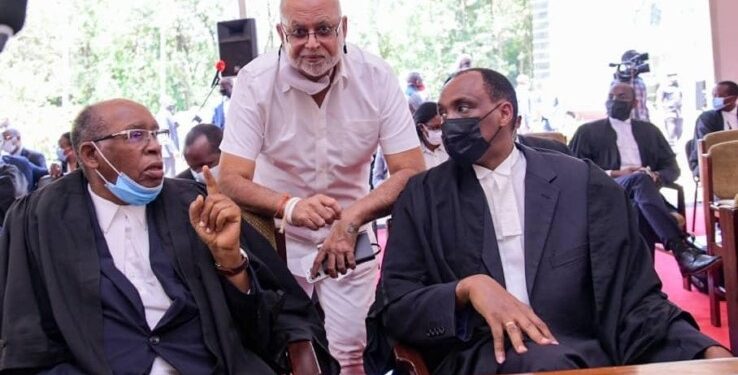 The battle of the management of Crane Bank’s assets has been put to rest after the Supreme Court certifying a decree that since the bank’s receivership ended on 20th January, 2018, its management reverts to shareholders.

Following tycoon Sudhir Ruparelia’s Supreme Court victory in February that dismissed Bank of Uganda’s appeal and declared the BoU should pay costs, BoU’s lawyers objected to a section in the decree extracted from the ruling indicating that management of Crane Bank returns to its shareholders.

BoU’s lawyers argued that court could not hand over management of Crane Bank Limited (in receivership) because under Part IX of the Financial Institutions Act, the power to manage a distressed financial institution is vested in Bank of Uganda. They argued the Crane Bank remains a distressed financial institution and under the law can only be managed by BoU.

Bou’s lawyers argued that the assets of the financial institution cannot be returned to the shareholders and directors who mismanaged the entity to the detriment of the creditors. They argued that BoU must exercise its statutory duty of resolving the financial institution business and that assets remain under its control. They went on to say that only residual assets if any can be handed back to shareholders but not management.

Receivership is a process through which a company’s assets are managed by a neutral party to assist the company recover funds due to its creditors. The process may also aid the company return to profitability.

The Central Bank is the statutory receiver of financial institutions.

Before certifying the decree earlier today, Supreme Court Justice Lillian Tibatemwa-Ekirikubinza ruled that appointment of a receiver does not affect the legal existence of a company. Directors still remain in office but powers are limited depending upon the powers granted to the receiver and the extent of assets over which the receiver is appointed.

Tibatemwa noted that it was not in dispute that receivership ended on 20th January 2018, 12 months after the company had been closed and its management taken over by BoU as stipulated by law.

“It is a position at common law that where a legal relationship is terminated by effluxion of time, the rights accruing revert back to the owner.

The judge ruled that the return of management to the shareholders is a logical result of the fact that the Central Bank is no longer receiver, no longer manager. “Law abhors vacuum,” her ruling reads in part.

Justice Tibatwema ruled that upon expiry of the receivership period, Crane Bank management returned to the shareholders because it ceased operating as a financial institution when BoU placed it under receivership and closed it.

On top of BoU bearing costs, Tibatemwa ruled that the contentious decree form be certified as originally stated that since Crane Bank’s receivership ended on 20th January, 2018, consequently its management reverted to the shareholders.

Rudeboy's wife takes him to court, accuses the singer of sleeping with their maid