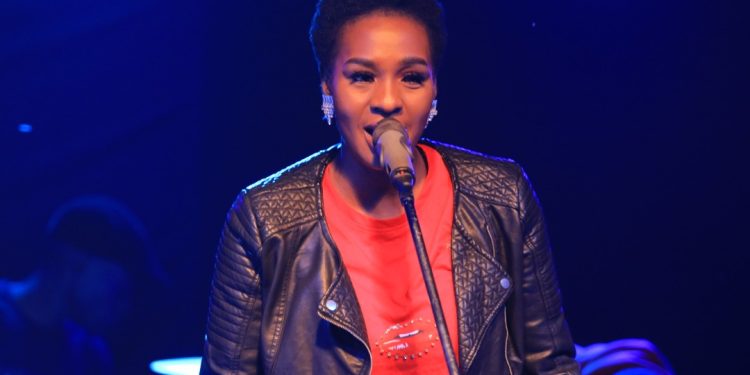 Last night, Fusion Eco Resort, Munyonyo was the perfect location for thrill seekers to unwind and relax as Tusker Malt Band Nights with Cindy ushered revelers into the second half of the year.

The night started off slow and easy. Band Cindy entertained a full house of guests and partiers for the opening start of the evening with slow melodic tunes to kick off the stress from the day’s activities.

Their first set featured lots of instrumentals and covers which later switched into lively upbeat songs that warmed the crowd up for the main act, Cindy aka the King Herself.

Being a Friday, the “Boom Party” dancehall artist started her night off with a flashback ‘blast from the past’ Nsanyuka Naawe, a song that many clearly held dear to their hearts as they sang along.

Clad in a spicy black jacket and racy shorts, the star of the night owned the stage and delivered an electrifying performance for her guests.

The King Herself went on to entertain her fans with an epic all-nighter switching it up from love ballads to reggae and dancehall like Still Standing, Sample Dat, Onina, Pull Up On Mi Bumpa, which got fans excitedly on their feet as they kept begging for more and more of her performance.

Band Cindy performed for more than two hours, only exiting the stage when their guests had had more than enough and were ready to retire.