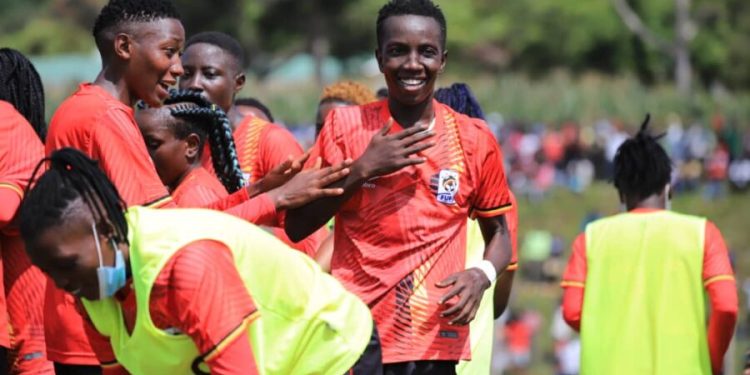 The Crested Cranes duo of Fauzia Najjemba and Fazila Ikwaput have earned nominations for the prestigious CAF Awards 2022.

Ikwaput made a shortlist of 30 players, becoming the first Ugandan female footballer to earn this nomination.

Last year, Ikwaput guided Lady Doves FC to their first league title, where she finished both as the top scorer and Most Valuable Player (MVP).

She would go on to help the club finish third in the inaugural CECAFA Regional Qualifiers with four goals to her name.

Last season, she was a joint top scorer in the FUFA Women’s Super League with 16 goals, the same as Hasifah Nassuna of UCU Lady Cardinals.

Ikwaput was influential as Uganda clinched the 2022 CECAFA Senior Women’s Championship, scoring 6 goals and ending as the tournament’s Most Valuable Player.

Najjemba, on the other hand, made her name at the 2022 CECAFA U20 Women’s Championship where she finished as the top scorer with 12 goals in six games.

At the start of this year, she moved to BIIK Shymkent in Kazakhstan, where she has already scored 9 goals and registered 6 assists.