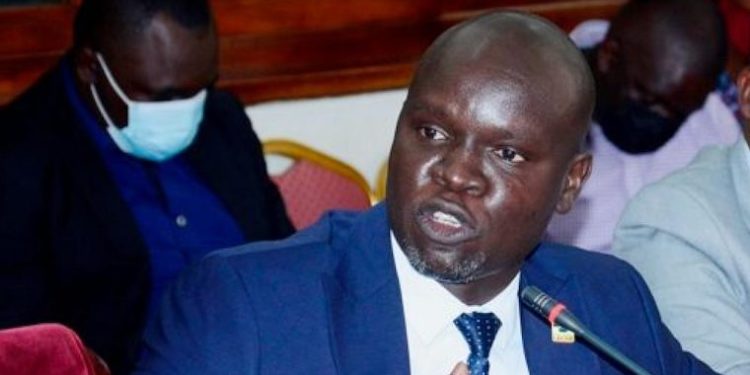 Gulu West’s Bardege-Layibi county Member of Parliament Martin Ojara Mapenduzi has been dropped from the opposition leadership in parliament.

In March this year, Mapenduzi moved a motion that led Mityana municipality MP Francis Zaake to be removed from the parliamentary Commission.

In the new changes announced by the Leader of Opposition (LOP), Mathias Mpuuga this afternoon, Mapenduzi has been replaced by Kilak South MP, Gilbert Olanya, as Chairperson of the Parliamentary Accounts Committee, Local Government in the shadow cabinet.

In other changes, Hon. Nakimuli Helen and Hon. Francis Katabaazi have been appointed the new Shadow Ministers for Fisheries and East Africa Community (EAC) Affairs respectively.