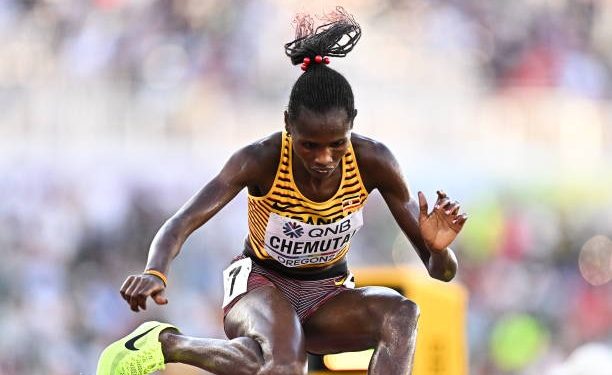 The Olympics gold medalist fell and injured her knee but then gathered herself to race to the end finishing 3rd in a time of 9:23:24. Kenya’s Jackline Chepkoech won gold in 9:15.68 while Elizabeth Bird from England picked Silver.

Chemutai was the favourite going into Friday’s final and she had exchanged the lead with Kenya’s Chepkoech as the two burnt the field to create a reasonable gap.

Chemutai’s win means Uganda has four medals so far at the event after Jacob Kiplimo and Victor Kiplangat won gold, and boxer Teddy Nakimuli is already guaranteed a medal after getting a bye to the semifinals.