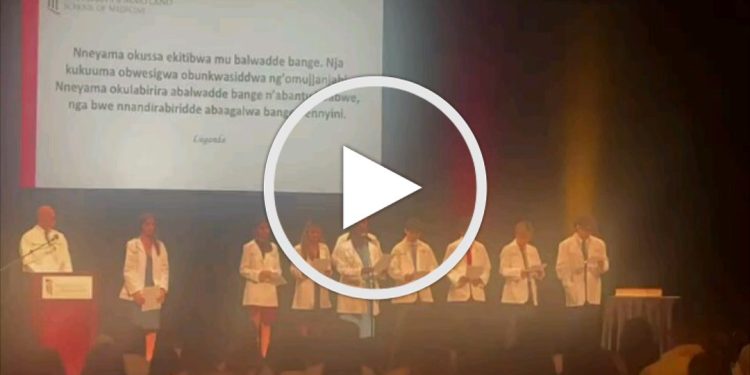 A video is making rounds on social media of a Ugandan medical student taking an ethical oath in Luganda at graduation from Maryland University, USA.

In the video, the student was called out as Kevina Birungi and after taking her oath, she was given a round of applause by fellow students.

Luganda is predominantly spoken in central Uganda. It is spoken by people called Baganda.

In May this year, Google announced its latest changes to Google Translate, including the addition of 24 new languages. Among them is Luganda.

According to the developers, the new languages aren’t the world’s most common languages, but some are used by millions of people across the globe.