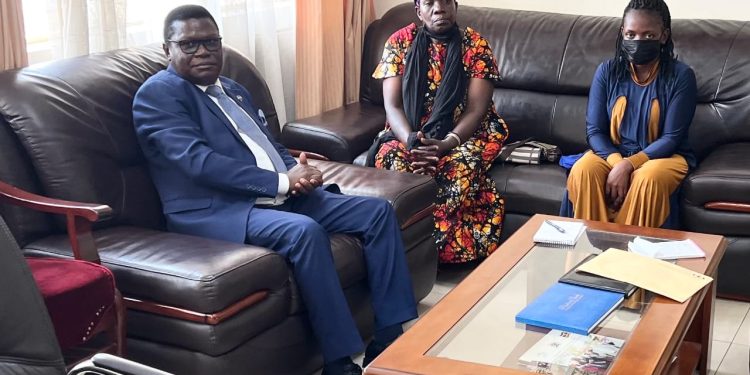 The mother of jailed Kawempe South Member of Parliament Muhammad Ssegirinya has this afternoon met the new minister of Justice and Constitutional Affairs, Norbert Mao.

On Monday, Ssegirinya’s mother, Christine Sannyu Nakajumba, was denied entry to meet Minister Mao at the Ministry of Justice and Constitutional Affairs in Kampala. She was told to return today.

Nakajumba, who was in the company of Ssegirinya’s wife, successfully held a meeting with Mao.

“Today I met Hon. Muhammad Ssegirinya’s mother at my office at the Ministry of Justice and Constitutional Affairs. We were joined by the Chairperson of the Uganda Human Rights Commission, Mariam Wangadya, who was visiting. I assured her that the right to a fair trial is paramount! “Mao said in a post on his social media platforms.

Sources reveal that Ssegirinya’s mother asked Mao for help in the process of releasing her son.

Ssegirinya was arrested together with Makindye West MP Allan Ssewanyana on allegations of terrorism and murder. The two MPs, together with five other suspects, have been on remand for almost a year.

Justice Jane Elizabeth Alidviza ordered the state attorney to make evidence available to all defence counsel led by Erias Lukwago before the court resumes on August 11.