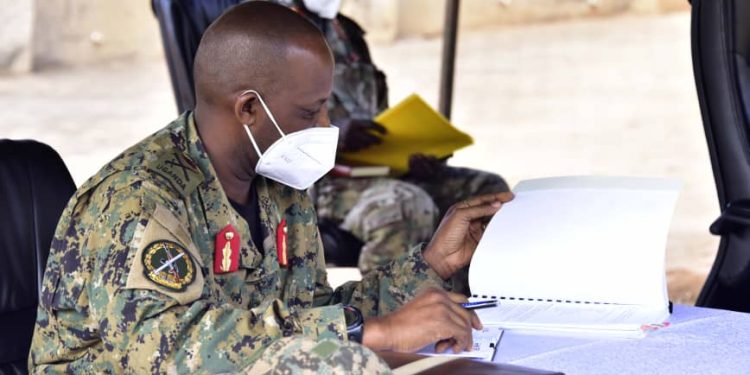 Brig. Gen. David Mugisha replaces Brig. Gen. Felix Busizoori, who took over the SFC command in January this year. He replaced Brig Gen Peter Candia, who was sent on a course at the National Defence College in Jinja.

As a result, Gen. Busizoori became the shortest-serving commander of the elite force of the UPDF as he served as the commander of SFC for only seven months.

SFC is responsible for providing security to the president and the first family.

Before being sent to Moroto as the third division deputy commander, Mugisha also served as the deputy SFC commander and was replaced by Brig Charity Bainababo.

During the handover ceremony on Tuesday, the UPDF Chief of Defence Forces (CDF) Gen. Wilson Mbadi asked the new Commander and other SFC leaders, to continue grooming other leaders by ensuring no vacuum is left on the leadership ladder.

He urged them to contribute to the interests of the country by making sure the country is stable and peaceful to spur socio-economic development and transformation.