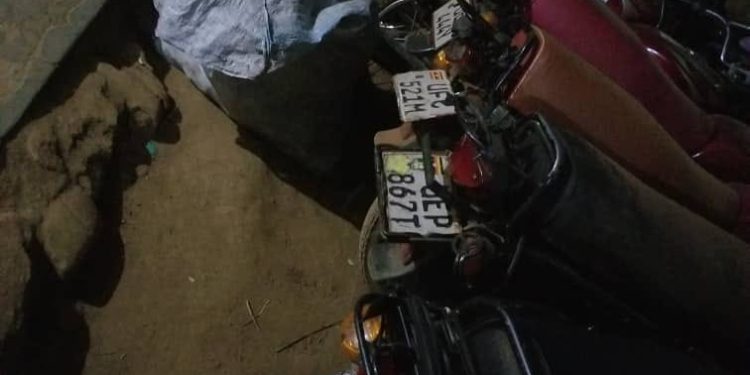 Following increased theft of motorcycles in areas of Wakiso, police in Nsangi has carried out an intelligence-led operation and arrested six suspected motorcycle thieves.

According to Luke Owoyesigyire, the Kampala Metropolitan deputy police spokesperson, among the arrested suspects is Muyingo Brian 26, an online marketer and resident of Kinawa zone, Kasenge Ward, Kyengera Town Council. He was arrested with one suspected stolen Motorcycle UEY 444Y.

The other five suspects were arrested from areas of Kinawa, Kalerwe, Budo, and Kasenge.

He further disclosed that they are yet to verify ownership of the said motorcycles but all suspects are currently detained at Nsangi Police station as investigations into the matter continue.

"I can date any man above 18 years," says Angella Katatumba