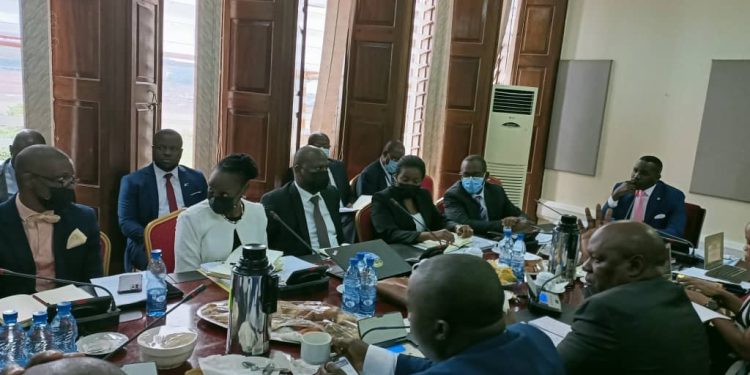 The Committee on Commissions, Statutory Authorities, and State Enterprises (COSASE) have grilled the new Chief Executive Officer (CEO) of Uganda Airlines Jennifer Bamuturaki on how she rose through the ranks.

This year in July, Bamuturaki was appointed the substantive CEO of Uganda Airlines.

In a letter from the works and transport minister, Gen. Edward Katumba Wamala, to the chairperson of the Uganda Airlines board dated July 5, the minister revealed that the directive to appoint Bamuturaki came from the President, Yoweri Museveni.

While appearing before COSASE chaired by Nakawa West legislator Joel Ssenyonyi, she was quizzed on how she got appointed as Aide to the acting CEO, and yet she had no appointment letter and was not being paid a salary. The committee also questioned how she rose from Aide to CEO.

In response, Bamuturaki said that she was not among the 40 Ugandans who applied for the job because “on the day I was going to apply, that is when I was appointed, ” she said while appearing before COSASE.

When Uganda Airlines advertised for the position of CEO, at least 40 Ugandans applied. However following a presidential directive to appoint Jennifer Bamuturaki, the whole process was halted, according to Herbert Kamuntu, the Uganda Airlines board member.

The committee also questioned the salary disparities at Uganda Airlines. MPs said that they are not against the salary of the Pilots, but asked Uganda Airline officials to explain why the airline which is making losses (about Shs160b) a year is paying managers and directors exorbitantly.

According to Ssenyonyi, the CEO earns Shs87m, Chief Financial Officer gets Shs73 m, the Manager of Finance earns Shs58m while the Director of maintenance gets Shs80m.

Also, some Pilots get Shs60m and others Shs50m. For the cabin crew members, some earn Shs4m, while others earn Shs2m.

The CEO said that Airbus has a different pay structure while CRJ Bombardier also has a different one. However, she disclosed that they are currently reviewing these salaries.

Ssenyonyi has tasked Uganda Airlines to come up with a staff structure within one month. He said that this is how the Airlines will know who is needed and who is not. The Airlines had asked for the end of the year to develop one.