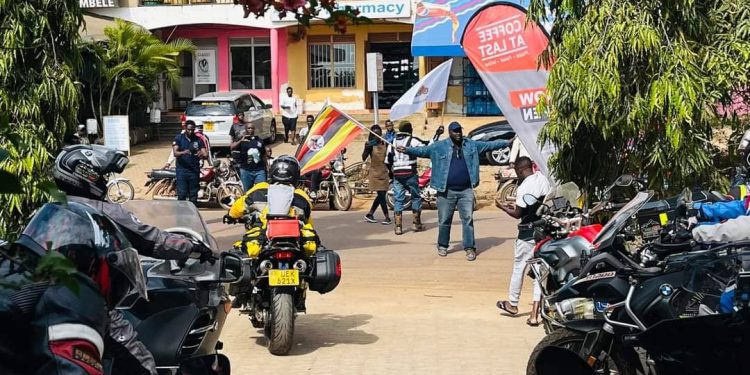 The Uganda Bikers Association (UBA) on Sunday set off from Munyonyo on a ride that will see them stop in South Africa and back to Uganda.

Over 20 bikers were flagged off by UBA President Angela Ssemukuttu and the aim of the ride, according to the association, is to promote tourism and Ubuntu.

While over 20 were flagged off, it is said that only eight bikers will cross the Ugandan border to Rwanda to continue the ride that is said to take 35 days going through 12 countries.

Oktoberfest returns this Saturday after a two-year break

According to Ssemukutu, they have very beautiful tourist attractions that need to be marked by the rest of the world.

The Uganda Bikers Association (UBA) was started in 2003 by a group of motorcycle enthusiasts in Uganda and other parts of the world. It was formed based on the fact that one could actually not only ride for fun but also for a cause.

Oktoberfest returns this Saturday after a two-year break