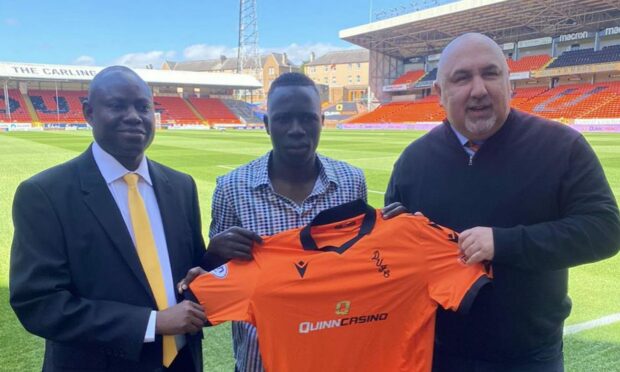 KCCA FC forward Sadat Anaku has completed his move to the Scottish top flight side, Dundee United, according to the player’s management company, Fest Web.

The 21-year-old has penned a two-year contract and the club is now working on his work permit.

Anaku together with Express FC defender Enock Walusimbi have been training with Dundee United for several weeks in the hope of earning a contract.

Anaku is said to have impressed the head coach, Jack Ross, during several sessions with the first team last week.

However, the players’ agency claimed that Walusimbi ‘is expected to go on loan for six months following his training stint.

PHOTOS: Princess Komuntale shows off her bump at baby shower

PHOTOS: Princess Komuntale shows off her bump at baby shower