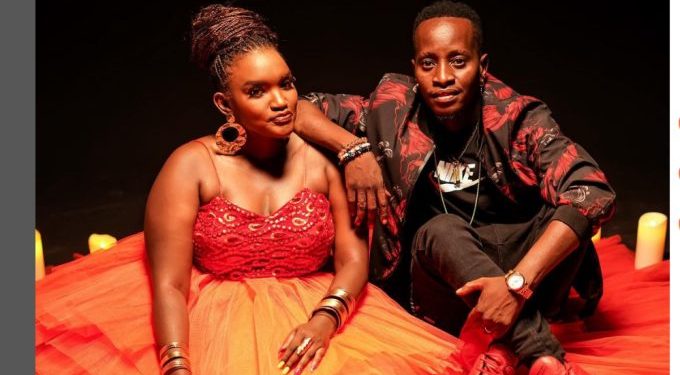 There is a video making the rounds on social media showing celebrated media personality and emcee Edwin Katamba, alias MC Kats, in a war of words with his mother-in-law over custody of a daughter he shares with his ex-lover, Fille Mutoni.

In the video, Kats told Fille’s mother who is also his mother-in-law, “Give me my child. It’s not your child. Give me my child and you’ll see if I will ever cross your path again…I’m even on my knees asking for my child but if I dare leave this ground, I am going to let the law take its course.”

The NBS After5 presenter went down on his knees and vowed to drag his mother-in-law to court if she does not let him have custody of his child.

Speaking on the matter in an interview on local television, singer Fille, and mother to a seven-year-old daughter, said that she never denied the self-proclaimed ‘King Of Mic’ access to their daughter.

“MC Kats and I are co-parenting excellently; every time he wants to talk to the daughter, he does, when he wants to see her, I let him see her any time,” said Fille.

Kats and the ‘Got no money’ singer dated for over five years and they share a daughter called Abigail.

In 2019, MC Kats came out and confirmed that his intimate relationship with Fille might have ended and that they only have a strong musical relationship. He added that their friendship would help them raise their daughter together.