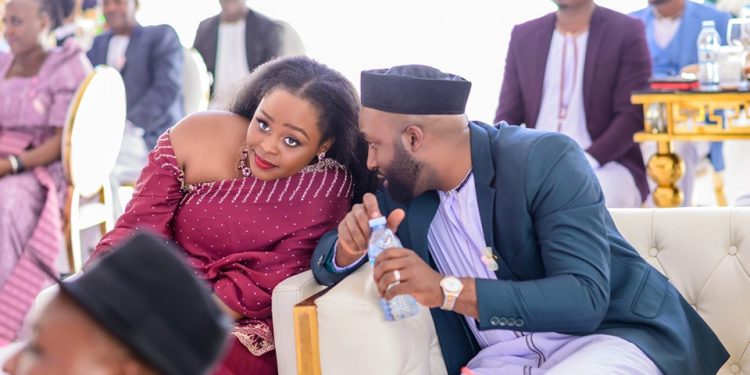 Singer Rema Namakula has revealed the reason why she no longer shares details about her marriage in comparison to the days when their love was fresh and budding.

While appearing in an interview last night, the ‘Wandisa Ki’ singer was questioned about why she rarely shares her husband Hamza Ssebunya’s photos on social media and why she no longer moves with him in public like she used to do.

“I discovered you are bad people. That is why I no longer show you things that make me happy. I now share only those things I feel I should share with you, but I will never show you my good things because you’re all bad,” she said.

“I used to think that if I am happy I should just allow the feeling and let everything out for people to see because it is normal, but I discovered later that it’s not normal for other people, so I decided not to share my good life. That’s why I no longer post him. I hate you,” she added.

“People should remember that Kenzo is the father of my child, so I have to respect him and keep the relationship at the level of co-parenting, and we are doing well,” shared Rema.

Meanwhile, the ‘Sili Muyembe’ singer was together with Kenzo, who is the father of her firstborn, Amaal Musuuza, for more than five years. They broke up in 2019 and she got married to Hamza Ssebunya.