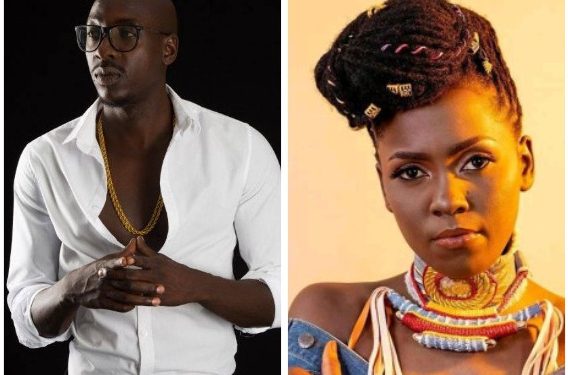 If you are to talk about the future of Ugandan music, Azawi’s name has to appear because the Swangz Avenue signee seems to have what it takes to hit the pinnacle of her music career.

Azawi, who rose to fame in 2020 with the ‘Lo Fit’ EP, which featured songs like Quinamino, Repeat It, and Lo Fit, is working on her second album just about a year after releasing her debut album, dubbed “African Music.”

According to reliable sources, Azawi already recorded two songs with Kenya’s Sauti Sol group. The two songs will be part of her upcoming album.

Sauti Sol is the most professional group from East Africa, and one of the biggest on the continent.

Sources disclose that Azawi did the two songs with them when she was in Kenya earlier this year to promote her African Music album.

Meanwhile, when Sauit Sol’s Bien was in Uganda earlier this month for the Johnnie Walker event at Thrones Bar in Bugolobi, he claimed that Azawi is currently the best Ugandan singer.

“Azawi has a unique, rich voice, and she is a great writer. I knew she would blow up and become the biggest export. She is the best here,” said Bien before hinting at their upcoming collaboration that he said will be released soon.

Known for being selective about who they work with, Sauti Sol has only worked with Bebe Cool (Mbozi za malwa) in Uganda and Azawi will be the second when the two songs are officially released.

Winnie Nwagi reveals why Swangz Avenue is not organizing her concert